On May 21, 500 civil and military police descended on the downtown São Paulo neighborhood where, since the late 1990s, hundreds to thousands of crack-cocaine users and drug dealers have congregated hence its dubious appellation Cracolândia (Crackland).

Throwing gas grenades and with the aid of barking dogs, the police raided the area with a brutality that shocked the city.

Tear gas, sound bombs and rubber bullets were unleashed in a “scatter” model, sending residents running. Canvas tents and shacks that provide shelter for dozens of homeless people were ripped down, razed and burned.

According to Mayor João Doria, the operation was meant to arrest traffickers, who operate openly in the area, seize weapons and stop crack-cocaine users from gathering there. Some 50 people were arrested, and residents of buildings facing Cracolândia’s streets were evicted.

But far from being the lawless desperate place of Doria’s imagination, Cracolândia was, until recently, home to one of Latin America’s most innovative social inclusion initiatives.

On the 2016 campaign trail, Doria committed to shutting the program down, which (despite contradictory scientific and human evidence, he called “not a good program for the city”.

On May 21, he fulfilled that promise. Armed with maps and photos of the façades, city officials emptied out and demolished local “hotels” and pensions, evicting entire families, offering no alternative housing or childcare.

Hours later, the mayor took to the airwaves to declare the “end of Cracolândia”.

Homeless drug users have not miraculously disappeared, of course. They’ve scattered across São Paulo, with many quickly reconvening at Princess Isabel Square, two blocks away.

Doria’s social assistance secretary says he even paid a bus ticket for a homeless man to go back to his home state of Maranhão, 3,000 km away, out of his own pocket.

The Courts Step In

The São Paulo Public Defender’s Office and the Public Prosecutor’s Office have questioned whether the Cracolândia raid violated the human rights and right to housing of residents. In Brazil, the Constitution, as well as federal, state and municipal laws, include strong housing protections.

The mayor’s human rights secretary, Patricia Bezerra, also quit in protest of the Cracolândia raid, calling it “disastrous” and “unjust”.

Undeterred, the city has continued to eradicate the area’s hotels, cafeterias, and pensions. At least three buildings were demolished and many others emptied and locked, residents of a neighboring structure were wounded when it collapsed.

Doria has announced that he intends to forcibly hospitalize people addicted to drugs, a proposal dubbed “barbarism” by the Federal Council of Psychology and repudiated by the State Council of Medicine and National Association of Judges.

The courts have now imposed a moratorium on compulsory evictions and demolitions in Cracolândia, asserting that by law households must be previously notified, registered and provided shelter. Forced drug treatment has also been suspended, though it’s unclear for how long.

This is only the latest effort to clear out Cracolândia. Since the 1990s, numerous city and state leaders have sought the right formula for “revitalizing” this prime downtown swath of Brazil’s largest city and economic powerhouse.

Strategies have ranged from turning a former railway station into a concert hall to, in 2012, advancing the ambitious Nova Luz redevelopment project, which would have overhauled nearly 40 hectares of a formerly elite residential area.

Since the 1950s, the elegant 19th-century center city neighborhoods of Luz and Santa Efigênia have become working class, with commerce in electronics and the auto parts trade as well as few abandoned buildings now occupied by squatters from Brazil’s powerful housing movement.

After the yellow line of the metro opened in May 2010, connecting Luz to the commercial and financial center of Faria Lima Avenue, property values in the neighborhood appreciated markedly.

But even in São Paulo’s hot real estate market, developers did not jump at the opportunity to replace the centuries-old degraded buildings with modern highrises, as they had in other urban frontiers. Many of the most coveted blocks present costly and time-consuming legal barriers to redevelopment.

In 2011, Mayor Gilberto Kassab almost succeeded issuing a concession to a private developer to evict residents, demolish buildings and oust merchants from some 40 blocks, claiming them for public use (akin to what American law calls eminent domain).

Accompanying that revitalization effort was Operation Smother, a series of violent police crackdowns on Cracolândia. The strategy, then as now, was to detain drug users, force them into treatment, demolish and rebuild.

By early 2013, the courts had stepped in, and Mayor Fernando Haddad abandoned the inherited project. In its place, he launched the pioneering Open Arms Program.

Today, with renewed energy from Mayor Doria, redevelopment is again top priority. The plan to raze at least two blocks of Luz to implement a mixed-use housing and commerce development looks similar to Nova Luz.

Doria used a different legal tool this time, too. “Administrative requisition” allows properties that present “imminent public danger” to be seized and destroyed.

The courts have now suspended this process, with the Prosecutor’s Office insisting that the mayor adhere to the São Paulo master plan’s requirement that residents and merchants sign off on all projects that impact them.

Doria, a billionaire political outsider, ran for mayor promising to shake things up in São Paulo. That much he has done. Whether making elderly men homeless and chasing drug users across the city was what voters had in mind remains to be seen.

This article was originally published in The Conversation. Read the original article here: https://theconversation.com/wrecking-to-revitalise-sao-paulo-expels-drug-users-and-razes-buildings-claiming-public-safety-78831 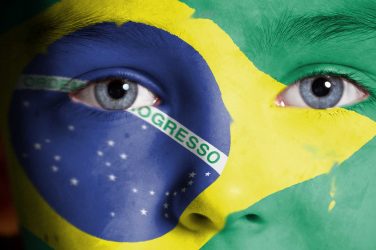 In the book “The Accidental President,” a memoir by Brazil’s former president, Fernando Henrique ...

January 2002 Letters Shame on You Would you be so kind as to explain ...