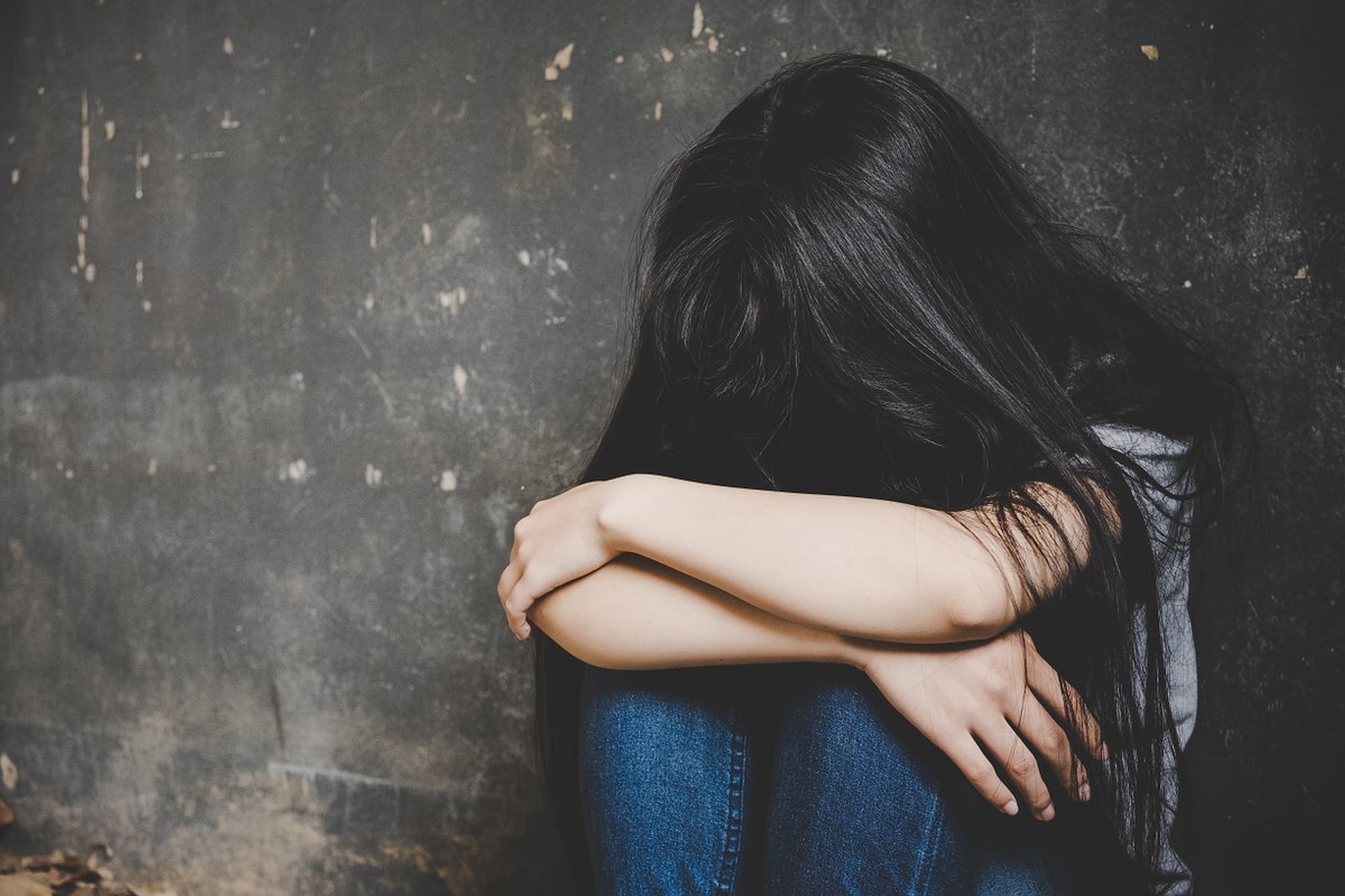 After four years of silence, Ronaldo Soares received a startling text message from his estranged daughter one day last December.

“Help me get out of here please”, the 19-year-old texted him from a cult in Brazil, having stolen a phone from another member of the church where she was held captive in domestic servitude.

“I want to leave here, dad. I want to talk to you, but they won’t let me,” read the text from Soares’ daughter, who followed her mother in 2014 to join Igreja Adventista Remanescente de Laodiceia – a religious community based on a farm in Brasília.

After filing a police report, Soares drove 600 km (370 miles) to the farm, got his daughter back, and returned home.

The woman, who declined an interview request, is yet another victim of abuse at the hands of a cult in Brazil – with a string of cases being investigated by authorities and sparking debate about where religious practices end, and modern slavery begins.

Brazilian officials are targeting labor exploitation among cults, and last year found 565 suspected slaves linked to one church – Igreja Cristã Traduzindo o Verbo – who were working at its behest at farms, factories and restaurants in three states.

Data is scarce on the number of people who are enslaved by or rescued from slavery in Brazilian cults, but forced labor is rife in certain groups, according to ex-members, law enforcement and faith experts.

Cult followers who are exploited but do not see themselves as victims are the biggest obstacle that authorities face when building cases, according to labor inspectors and prosecutors.

“This is a major difficulty to stop the (cults’) criminal enterprises”, said Marcelo Campos, a labor inspector based in Minas Gerais, who has investigated Traduzindo o Verbo for years.

Traduzindo o Verbo denied that its members were kept like slaves, while Igreja Adventista Remanescente de Laodiceia refused to comment. Two other churches accused of exploitation, including one in the United States, denied all such allegations.

Thousands of denominations of Christianity exist in Brazil – the fifth largest nation in the world with 210 million people – offering varied interpretations of the Bible to suit all tastes.

While some faiths may seem unusual, what separates a cult from a legitimate religion is not its set of beliefs, but the abuse of its members, said Rick Alan Ross, executive director of the Cult Education Institute, a U.S. non-profit in New Jersey.

“It’s all about isolation and control. If you can control what (people) read, see and hear, you control their mind.”

A famed Brazilian faith healer – João Teixeira de Faria – was charged in December with rape and sexual assault after allegations from hundreds of women who said he had abused them while seeking spiritual guidance or psychic healing from him.

Faria, known as “John of God”, became a celebrity after his healing methods were featured on Oprah Winfrey’s television show in 2013 and drew thousands of Brazilians and foreigners to his faith center in Abadiânia, a town in Goiás state.

At Ministério Evangélico Comunidade Rhema, a religious group in Franco da Rocha, São Paulo, followers were pressed to “open up” about their fears and shame, said Daniel – a former member.

“They use your fears against you, if you do not do as you’re told”, he said, refusing to give his name for fear of reprisals.

He worked for years for little to no pay selling paintings in a store partly owned by one of Rhema’s leaders – a pastor.

Rodrigo, another former member, also said that employees could go for months or years without compensation at the store.

More than two decades since it was created, Rhema has sent several young people to the Word of Faith Fellowship (WFF), a U.S. church based in North Carolina, said the Labor Prosecutors Office in São Paulo, which has investigated the Brazilian cult.

Rodrigo was one of them. He was not just expected to pray and study but forced to do arduous work at a marble factory.

“I once told my brother that this work was not fit for a human”, he said, adding that he was punished for complaining.

Rodrigo declined to give his real name as his whole family is part of Rhema. He left when he turned 18, five years ago.

The WFF denied allegations of trafficking and forced labor.

“No one is forced to work against their will,” a lawyer for the U.S. church said in an email.

“In 2018, a Brazilian labor court in São Paulo examined these or similar allegations (against Rhema). The Brazilian church (and, by implication, the WFF) was exonerated”.

The North Carolina State Bureau of Investigations has a live investigation into WFF and has “had multiple cases with them”, said spokesman Gerald Thomas, without providing further detail.

A lawyer for Rhema denied the claims by its former members.

“A person being enslaved does not keep returning to a place for 15, 20 years,” said the lawyer, Jonatas Granieri.

“This (federal investigation) is a persecution that the Bible … (and) Jesus told us would happen in the last days.”

Days after Soares took back his daughter in December, police went to the farm and found two women locked in a house. They rescued one, but the other said she was free and remained there.

“She was clearly intimidated … But she is of age and said that in front of people, so there was nothing we could do,” said Vander Braga, the police officer who led the rescue operation.

In cases involving religion, it is difficult for prosecutors to argue the distinction between forced and voluntary work, according to labor prosecutor Geraldo Emediato de Souza.

Souza is suing Traduzindo o Verbo in a civil case for over 50 million reais (US$ 13.5 million) for alleged labor abuses in 2013, when about 150 workers were identified by officials as being in slavery-like conditions on farms linked to the church.

“We have had reports of labor abuses on their farms since 2005”, he said.

During the days-long raid on Traduzindo o Verbo last year that identified 565 people in slavery, none of the suspected victims asked to be rescued, said a report by labor inspectors into the operation that involved about 200 government officials.

A lawyer for the church, which is now under investigation on suspicion of keeping its followers in slavery-like conditions, highlighted the fact that none of its members spoke of abuses.

“Doesn’t it sound weird … that between all the operations … no ‘slave’ has been rescued?”, said Raimundo Oliveira da Costa, the lawyer for Traduzindo o Verbo. He refused to comment further on specific allegations against the church.

Labor inspectors said that the work for Traduzindo o Verbo could not be considered voluntary because leaders were enriching themselves from the work of followers who were kept in poverty.

A report by labor inspectors on the 2018 raid said that the church’s pastors invited poor people, including recovering drug addicts, to live in shared housing in various São Paulo locales.

Those followers were pressured to donate their possessions, and work for businesses linked to the church, the report found.

In at least 67 instances, Traduzindo o Verbo’s members were officially fired but still forced to work by the church while receiving unemployment payments, the labor inspectors said.

Investigators said that the scam defrauded the Brazilian social security system by an estimated 240,000 reais (US$ 64,830).

Soares still does not know how to speak to his daughter about what happened at the cult. For now, he gives her space.

“I see that she is not normal, but I don’t want to go into details,” he said. “I’m waiting for justice.”

Rodrigo is still angry about the abuse he suffered growing up, such as being punched in the gut until he threw up “demons”.

To him, it was normal, something that everyone experienced.

It took meeting people outside of the cult to realize that his religion was abusive – a common narrative amongst the several victims interviewed.

Rodrigo does not hate his parents, he sees them as victims. Sometimes he wishes he could turn back time and return to the cult – emboldened by his current perspective on their practices.

“I wish I could go back there (to Rhema) with the knowledge I have today. I would let them have it, the sons of bitches.”

In Violent Brazil, Women Are Safer on the Street than at Home

In Brazil, every 15 seconds, a woman suffers violence in the home. Yet, Brazil ...