The Rio Paralympic Games have started. They opened this Saturday night at the same Maracanã Stadium that saw the Olympic Games last month. There will be more than 4,400 athletes from 160 countries participating.

While hundreds of Paralympic athletes, some war veterans, proudly marched at Maracanã, Brazilians were not able to watch them since the basic channels were not carrying the opening spectacle.

Globo, the country’s biggest channel, was airing an episode of a soap opera. Two channels that decided to show the ceremonies had to interrupt them for one hour so they could air government-mandated free election propaganda.

According to the IPC ( International Paralympic Committee) president, Philip Craven, organizers had a host of problems to deal with, including budget cuts and slow ticket sales. Brazil itself is going through its worst recession in memory.

Talking to reporters, Craven said: “Two weeks ago I said we faced unprecedented circumstances and since then we’ve seen unprecedented teamwork. The feeling coming out of the athletes village is that athletes are happy. The thing to remember is athletes perform best when they are happy and I only saw happy athletes in the village, and that’s all right for me.”

And Craven added: “I think that we’ve seen from the massive increase in the ticket sales that the Cariocas [Rio residents] and the Brasileiros are ready for these Games and they want more after the Olympics and they particularly want to see the Brazilian athletes.”

The new Brazilian President Michel Temer was booed at the opening ceremonies after also being jeered earlier, in Brasília, during a parade celebrating Brazil’s Independence. Protesters shouted “Temer Out” and “Usurper.”

Police in the capital of Brazil estimated that there were about 600 protesters. Earlier protests over the last two years brought millions of Brazilians to the streets to ask for the ouster of President Dilma Rousseff.

In another beautiful celebration, the Rio 2016 Paralympic Games opened amid a lively audience. The opening show, directed by Vik Muniz, Marcelo Rubens Paiva, and Fred Gelli, was complete with dancing, Brazilian music, and exciting moments.

As with the Olympic Games opening and closing ceremonies, organizers used light projection effects to emulate scenarios and interact with the performers. In the end, Brazil’s swimmer Clodoaldo Silva lit the Paralympic cauldron and marked the start of the games.

At the beginning of the celebration, US extreme wheelchair athlete Aaron “Wheelz” went down a giant ramp and jumped through a “zero” loop sparkling with fireworks, flipping round in the air with his wheelchair.

Then the Brazilian National Anthem was performed by the country’s renowned pianist-conductor João Carlos Martins, who has had his hands partially atrophied from Dupuytren’s contracture. As he played, dancers with umbrellas formed the Brazilian flag on the Maracanã pitch, drawing wild applause in the packed stadium.

The organizers added an unexpected flair that made the parade of delegations more engaging and created athlete interaction with the ceremony. Each country delegation brought a jigsaw puzzle piece that was placed in the middle of the lawn.

The pieces fit together reproducing the athletes’ faces, and combined with the light effects, formed a beating heart in the middle of the field. A fireworks festival lit the skies of Rio de Janeiro.

Brazil’s was last delegation to come in, parading to a song by celebrated Brazilian songwriter Gonzaguinha. The crowd sang, jumped, and celebrated with the chorus line that went, “the party is just beginning.”

In his speech, the president of Rio 2016, Carlos Arthur Nuzman, spoke about making a new world, without discrimination between people. “We celebrate a great challenge today – to build a new world, more accessible to all. Fairer, more fraternal, where all are able to walk hand-in-hand with no obstacles.

“It is a difficult mission, which makes us stronger. Even amid disbelief, we Brazilians grow. We are the country of impossible realization. We are together for equality between people. People who even looking different, have the same heart,” he said.

The audience applauded his speech, but booed when he thanked the federal, state and municipal governments. Shouts of “Brazil”, “Out with Temer”, and whistles were heard. After a brief pause, Nuzman said he would wrap up his words with an open heart to the athletes, and was loudly applauded.

The president of the International Paralympic Committee (IPC), Philip Craven, saluted the Paralympic athletes. “They will surprise you. But most of all, they will change you.”

Amy Purdy, US dancer and snowboarder, delighted the audience with a dance performance that mixed samba and slower rhythms. Wearing prosthetic legs, Purdy danced graciously with her German-made robot partner that kept up with her in the slower moves. When the dancing picked up a faster pace, the robot could not keep up, and Purdy left amid wild applause.

One of the most exciting moments of the ceremony was the torch relay leading to the lighting of the cauldron. Former Brazilian athlete Márcia Malsar, who bore the torch during part of the relay, was a pioneer of Brazil’s Paralympic sport. She was in the delegation that had a successful performance in New York/Stoke Mandeville 1984.

Malsar, who has cerebral palsy, walked with difficulty, using a cane. It was raining and, at one point, she fell. But she was helped to stand up again and completed her walk, drawing a standing ovation from the spectators as she came and handed over the torch to former sprinter Ádria Santos.

With thirteen medals won in four editions of the Games, Brazilian swimmer Clodoaldo Silva was chosen to light the Paralympic cauldron. With the torch attached to his wheelchair, he stopped when he got to a staircase leading to the cauldron, in a twist of suspense. He looked at the audience as if to ask them how he could get to the cauldron. Then the staircase opened and turned into a ramp, which he used to get to a cauldron that looked exactly the same as the one used in the Olympics.

Brazil’s first Paralympic medal was won by chance, in 1976. Athletes Robson Sampaio and Luiz Carlos da Costa had traveled to Toronto, Canada, to join the wheelchair basketball team, but ended up developing an interest in a sport called lawn bowls, a type of bowling not widely played in Brazil. They learned the rules of the sport then and there and came back home crowned silver champions.

Stopgaps were not uncommon in Paralympic sport after it was introduced in Brazil, says Michelle Barreto, a PhD in Adaptive Physical Education. At the State University of Campinas (UNICAMP), who wrote her doctoral dissertation on Paralympic sport in Brazil from 1976 to 1992.

“Since there weren’t a lot o people involved in the early days, they used to play a number of disciplines, which is made clear by the fact that they didn’t use to win a lot of medals, as they weren’t so good at anything in particular. It was participation that was awarded. That’s exactly what happened with the first medal,” she recounts.

The lack of acknowledgment of athletes and Paralympic sports was also major problem in the period. According to the scholar, Paralympians complain that they were not appreciated the way athletes are today, regardless of their performance.

“They say with pride: ‘Wow, I won a Paralympic medal, I represented my country, but the next week I was forgotten.’ The press wasn’t the way it is today,” Barreto says.

“I used to come back with medals, and arriving at the airport was normal, no one would recognize me,” said former sprinter Ádria Santos, who took part in six Paralympic Games from 1988 to 2008 and bagged 13 medals.

She argues the sport as underpublicized. “Only after we won a high number of medals were we given a chance to appear on open television,” she says.

Visibility, she says, started to raise in the 2000 Paralympics in Sydney, which received more media coverage.

The first president of the Brazilian Paralympic Committee, João Batista Carvalho e Silva, also mentions ignorance and lack of interest from society in Paralympic sports. According to him, in 2004, when swimmer Clodoaldo Silva collected six gold medals, the visibility of Paralympic athletes began to change for the better.

Clodoaldo Silva himself says that the Paralympics in Athens were a “watershed moment” for the acknowledgment of adaptive sports. “For the first time, the Paralympics began to be broadcast to the world and to Brazil.

And the Brazilian society began to see that Paralympics were the same as Olympics. They saw there was no difference,” said the multiple medalist in an interview to Agência Brasil. He also highlighted the improvements in accessibility and infrastructure.

“In 1998, when I started to swim, we had no adapted buses. We had no incentive laws for Paralympic sport. And today we have it all, these were big gains for the individual with disabilities and also for Paralympic sport, which gained respectability with its victories and achievements,” Silva argued. 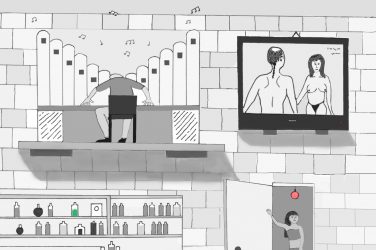