Brazilian Amazon Gets Help from Science
Brazilians scientists have been discussing ways of reducing
greenhouse gas emissions in the Amazon. According to one
researcher, it is possible, with intelligence, science, and
technology, to conserve the functioning of Brazil Amazon’s
ecosystems and reverse the process of forest destruction.
Maurício Cardoso

Scientists, researchers, and specialists from all over Brazil met at the headquarters of the Scientific and Technological Enterprise Foundation (Finatec), in Brasília, to discuss the application of scientific information produced by the Large-Scale Amazônia Biosphere-Atmosphere Experiment (LBA) in the formulation of government policy for the Amazon region. The encounter served as a preparation for the III LBA Scientific Conference, which took place from July 27-29, also in Brasília.

Among other topics, the participants considered science’s potential contribution to the implantation of a national strategy for conservation and the reduction of greenhouse gas emissions in the Amazon region.

Emphasis was placed on deforestation rates, changes in land use, recovery of degraded areas, burnings, and other problems caused by human intervention in the forest.

The LBA, led by Brazil, is the world’s largest international scientific cooperation program for environmental studies in tropical regions.

Established in 1998, the LBA has been, and continues to be, responsible for various scientific discoveries about the way Amazonian ecosystems function, as well as thousands of findings vital to the sustainable development of the region.

Findings such as those provided by the 17 towers installed in Amazônia for measuring water vapor and carbon dioxide flows, heat currents, and gas transfers between the atmosphere and the earth’s plant cover were the subject of a presentation on Forest Environmental Services and the Carbon Balance, by Antônio Nobre, a researcher at the National Institute of Research on the Amazon (Inpa).

According to the researcher, this matrix of environmental studies and observations is enlarging the capacity to monitor integrated carbon exchange behavior for the entire Amazon biome.

“We are beginning to discover the peak of the iceberg in terms of the Amazon’s complexity,” he observed. In his view, it is possible, with intelligence, science, and technology, to conserve the functioning of the Amazon’s ecosystems and reverse the process of forest destruction.

“Through ignorance, humanity is exterminating microorganisms and jeopardizing the planet’s equilibrium,” the researcher said, criticizing the destruction of native forests to expand agricultural frontiers.

Nobre calls for the implantation of integrated projects and the recovery of degraded areas in the region: “We have the capacity to change this picture of destruction and to reconstruct Amazônia.”

As Nobre sees it, the application of science and technology to the sustainability of Amazônia should necessarily be accompanied by policies for the eradication of poverty, social justice, and sustainable production and consumption habits.

In his talk on the LBA’s experiments and their importance to the Amazon, Nobre defended the consolidation of large research networks capable of stimulating scientific knowledge in the region.

In his opinion, at least four large research centers would be required, with around 3 thousand researchers engaged in a network with an annual budget of US$ 500 million.

The LBA studies the interactions between the Amazon Forest and atmospheric and climatic conditions on a regional and global scale. Altogether, over 1,200 research projects on the region’s biological, chemical, and physical functions have been carried out.

According to the researcher, the LBA’s results are providing a scientific foundation for the implantation of policies for the sustainable use of the Amazon’s natural resources.

More than 600 delegates from the areas of health, science, and technology have presented options that create greater proximity between scientific research and activities intended to benefit public health in Brazil.

The 2nd National Conference on Science, Technology, and Innovation in Health, was opened by the Executive Secretary of the Ministry of Health, Gastão Wagner.

The Secretary pointed out that research in the health area must be reflected in outcomes that decrease the limitations of public health in Brazil. The government’s plan, according to the Secretary, is to establish an organ linked to the Ministry of Health to administer resources and scientific research activities in this sector.

“We are changing science and technology policy in the Ministry this year and in 2005. We need to put together an organization to manage the resources,” he underlined.

For his part, the coordinator of the Conference, Reinaldo Guimarães, who represents the Ministry of Science and Technology, said that he hopes the debates in the Conference permit the government to redefine its stance with regard to the production process in the health area, especially the manufacturing of drugs and components by Brazilian industries.

“There is a trade deficit of around US$ 3.5 billion in this sector. Moreover, Brazil is unprepared when it comes to the production of a series of absolutely strategic products, such as blood derivatives and insulin, for example. We must arrange means to increase our self-sufficiency in terms of the products produced in this country,” he emphasized.

The 2nd National Conference has united various specialists in the search for solutions that will draw research closer to the reality of public health in Brazil.

The 1st Conference was held ten years ago, and, according to the organizers of the meeting, most of the proposals made in 1994 were implemented by the Ministry of Health and other federal government organs.

Maurício Cardoso works for Agência Brasil (AB), the official press agency of the Brazilian government. Comments are welcome at lia@radiobras.gov.br.

Translated from the Portuguese by David Silberstein

Discuss it in our Forum

Send your comments to Brazzil

Anything to say about Brazil or Brazilians? Brazzil
wishes to publish your material. See what to do.

Brazil Earmarks US$ 23 Billion for Science and Technology

Brazil has just launched a new science plan, aiming to strengthen the role of ... 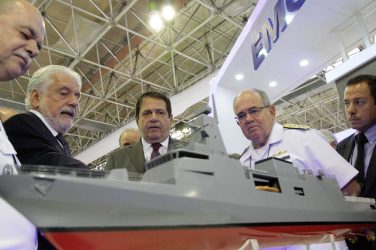 Brazil Gets Ready to Fight on the High Seas and Sets Aside US$ 1.8 Bi for New Warships

The Brazilian Navy finalized on May 10th the first stage of the process that ...

In Brazil, Private and Public Researchers Join Hands at Last

The four main candidates in Brazil’s forthcoming presidential elections all aim to increase the ... 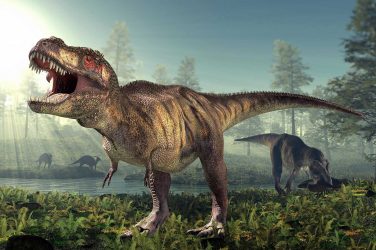