According to a report by the Brazilian Committee for Human Rights Defenders, violence against human rights activists in Brazil has been growing at a disturbing rate in recent years, particularly since President Michel Temer took office.

According to the report, in the last year alone 66 activists were killed. Before 2017 had reached its halfway mark, 42 murders had been recorded, a trend which the Committee’s Land Rights coordinator said was growing “exponentially.”

The report also discusses the sharp rise in other increasingly sophisticated forms of violence, threats, arrests, torture, harassment by state and private security forces, and spying that has been perpetrated against activists and social movement leaders in 2016 and 2017.

The violence toward activists first became a trend in 2015, and worsened significantly in 2016 and 2017.

The report does not hold back in pointing out that the violence is a direct result of structural changes that have taken place since Michel Temer assumed the presidency after the parliamentary ousting of President Dilma Rousseff, leading to an increasingly unstable situation for social movement leaders.

“The architecture of the coup was built and directed by the most conservative and reactionary elements in Brazilian politics,” the report says.

“Religious fundamentalists, big businesses, defenders of the incarceration and ongoing genocide of Brazil’s black population, proponents of a small state, and the removal of worker’s rights composed the classes that assumed power in this context.”

“This is part of an ongoing process within the larger political, economic and institutional framework that has developed in recent years in Brazil and the world as a whole in which reactionary forces throughout society intensify,” it continues.

“It all starts with the movement toward an agribusiness and large enterprise based development model,” Alice de Marchi, a researcher said according to Brasil de Fato.

The rising violence and repression of activists is occurring in both rural and urban contexts.

While campesino and land rights leaders are targeted in rural areas, in urban areas those fighting for housing access, LGBTQ rights, sex workers, journalists who operate in urban favelas, student activists, and black youth are targeted by state forces and incarcerated at disturbingly high levels.

The conservative Temer government is currently rocked by corruption scandals, and boasts a record-low approval rating in the single-digits.

Brazil Streets Echo Again with Shouts of ‘Out, Temer’ and ‘Elections Now’

Thousands of Brazilians once again filled Paulista Avenue this past Sunday in the city ...

Why Killings of Environmentalists and Indians Keep Increasing in Brazil: Almost Certain Impunity

When Jair Bolsonaro took office as president of Brazil at the start of 2019, ... 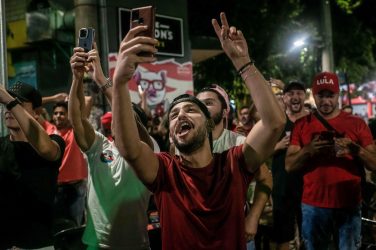 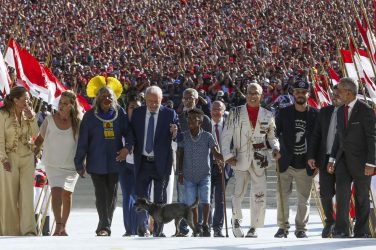