Brazil will launch its first own satellite to protect the transfer of privileged national security information while boosting the broadband capacity of the country later this month.

The Geostationary Satellite Defense and Strategic Communications Satellite (SGDC) will be launched on March 21 from the Kourou Space Center in French Guiana. The event is taking place nearly a year after the original launch plan of April 2016.

The SGDC project got support from the Brazilian government after revelations around spying on Brazil through the US National Security Agency became public and national security concerns became a more serious matter.

Until then, talks of building a satellite had been hampered by conflict of interest between government departments.

Primarily expected to guarantee the security of defense communications of the Brazilian Armed Forces and improve the inspection of Brazil’s 17,000-kilometer border with ten South American countries, SGDC is also intended to improve the provision of broadband Internet services to remote areas across Brazil over an approximate 15-year time span.

Prior to the completion of SGDC, Brazil did not have satellites of its own and leased eight satellites operated by foreign companies. The construction of the first Brazilian satellite required a total investment of 2.1 billion reais (US$ 672 million), more than double the original budget.

The equipment was built by Visiona, a joint venture between Brazilian aerospace firm Embraer and state-owned telecoms company Telebras and built by Thales Alenia Space and Arianespace in France.

The process involved engineers and specialists from the Brazilian Ministry of Science, Technology, Innovation and Communications (MCTIC), the Ministry of Defense and the Brazilian Space Agency in addition to Visiona.

Temer said the program is key to restoring an attractive business environment as Brazil struggles to emerge from its worst-ever recession.

“There will be 45 billion reais in new investment in the energy, transport and sanitation sectors which will lead to the creation of 200,000 new direct and indirect jobs,” Temer said.

Inaugurating a meeting of the Program for Partnerships and Investments (PPI), which will oversee the tendering of the concessions, Temer said 55 projects would be launched with private-sector partners.

“We are leaving behind a deep recession and entering in a phase of prosperity where private investment will be decisive,” said the president, who has said his top priority is curbing unemployment running above 12%.

Data on Tuesday showed surprise acceleration in Brazil’s deep economic downturn in the final quarter of 2016, stepping up pressure on President Michel Temer and the central bank to do more to promote growth.

The government said in a statement it would also launch the early renovation of five railway concessions in return for commitments on investment.

The government said it would launch concessions for new areas in the ports of Santana, Itaqui and Paranaguá and extend contracts in Santos, Vila do Conde and Niterói.

With its budget squeezed by the deep recession, Temer’s government is betting that an increase in private investment can help revive the economy despite political turbulence caused by a sweeping anti-corruption investigation. 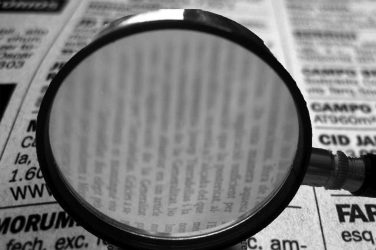 Enough with the Fussiness, Stop the “Mimimi”, Blurts Out Brazilian President Faced with Covid

A resolution backed overwhelmingly by the United Nations has effectively called on the US ...