Max Bono talks with Chris Riddell at Lucca Comics and Games, in Italy

Great changes and great expectations are coming to Brazil and abroad with the recent win of Lula at the elections.

We are in Lucca, Italy, now, at the Lucca Comics and Games, a major event in Italy about comics.

We had the chance to talk about the great changes coming to Brazil and we were privileged to do that with Chris Riddell, a political cartoonist from the UK newspaper Observer.

Chris is a world famous cartoonist born in South Africa and he has won three Kate Greenaway Medals – the British librarians’ annual award for the best-illustrated children’s book.

But above all, Chris is a person who, through his drawings, tries to pass on his message in an easy and delicate way, which is very different from the aggressive style used in today’s politics.

Here is our brief interview with him and three drawings he did exclusively for brazzil.com about the recent election in Brazil and its impact on the environment and the Amazon jungle.

Brazzil: In Brazil there are big social differences and injustice like in the country where you come from (South Africa) where indigenous people suffer a lot. What can people like us do to help this situation improve?

Chris: I think we have to be advocates for change, we need to come together in organizations that make changes happen. I work for Amnesty International, in their advocacy sector for people who do not have voices in their own country and feel marginalized and ignored.

Organizations like Amnesty amplify their voices. To fight the injustice you first have to identify the injustice and then shine a candle on the injustice. If that is hidden people in power say there is nothing to see here, move along and injustice stays.

Brazzil: In Bahia there is a lot of injustice. What would you say to a young boy or a girl who wants to grow up in this environment and make his or her own way in it?

Chris: First thing I would say is to question what you are told and try and make yourself as informed as possible and that can be very difficult.

Also you need to find organizations you can trust, you need to group together with people where you can find information on injustice and then get organized in many different ways, sometimes with union organizations, sometimes in communities to protest or to promote changes.

Brazzil: What do you think about the Lula victory at the elections?

Chris: I think it is tremendous. It is hope. And I see it as a chance for the world to start to breathe again.

What was happening in Brazil during the Bolsonaro era was the world was suffocating as the amazon forest was under threat. The forest went up in smoke and we were all literally suffocating.

And I feel the victory of Lula and the defeat of Bolsonaro was good as the world might start to breathe again. It is just the beginning. So I welcome the victory. I think it is a great day.

Max Bono is an Italian-Brazilian freelancer journalist in Brazil and South America for the last 18 years. He writes about international sport events, tourism, Latin American politics and culture. Max is member of the National Press Club of Washington DC and the Associação dos Correspondentes Estrangeiros (ACE) 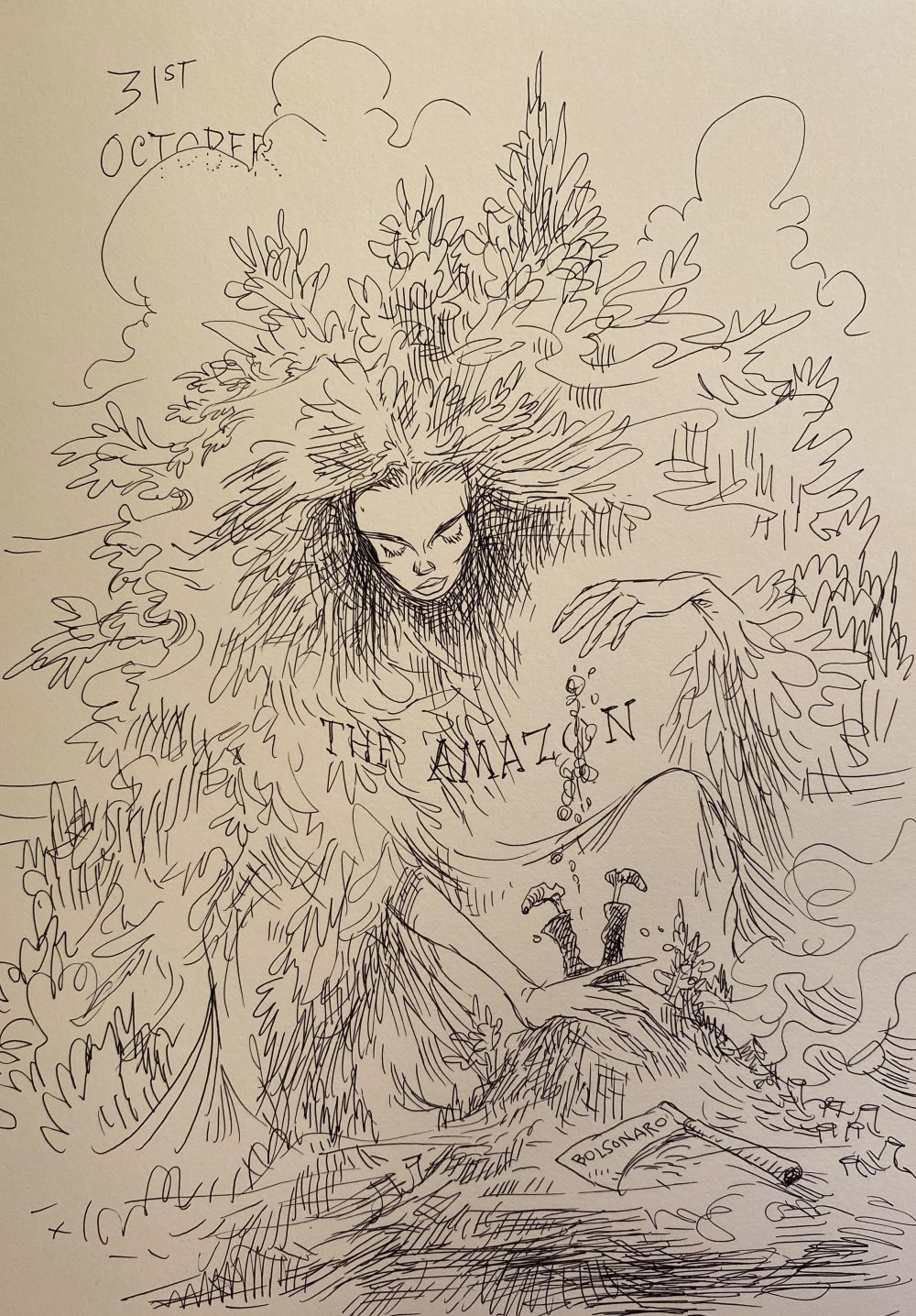 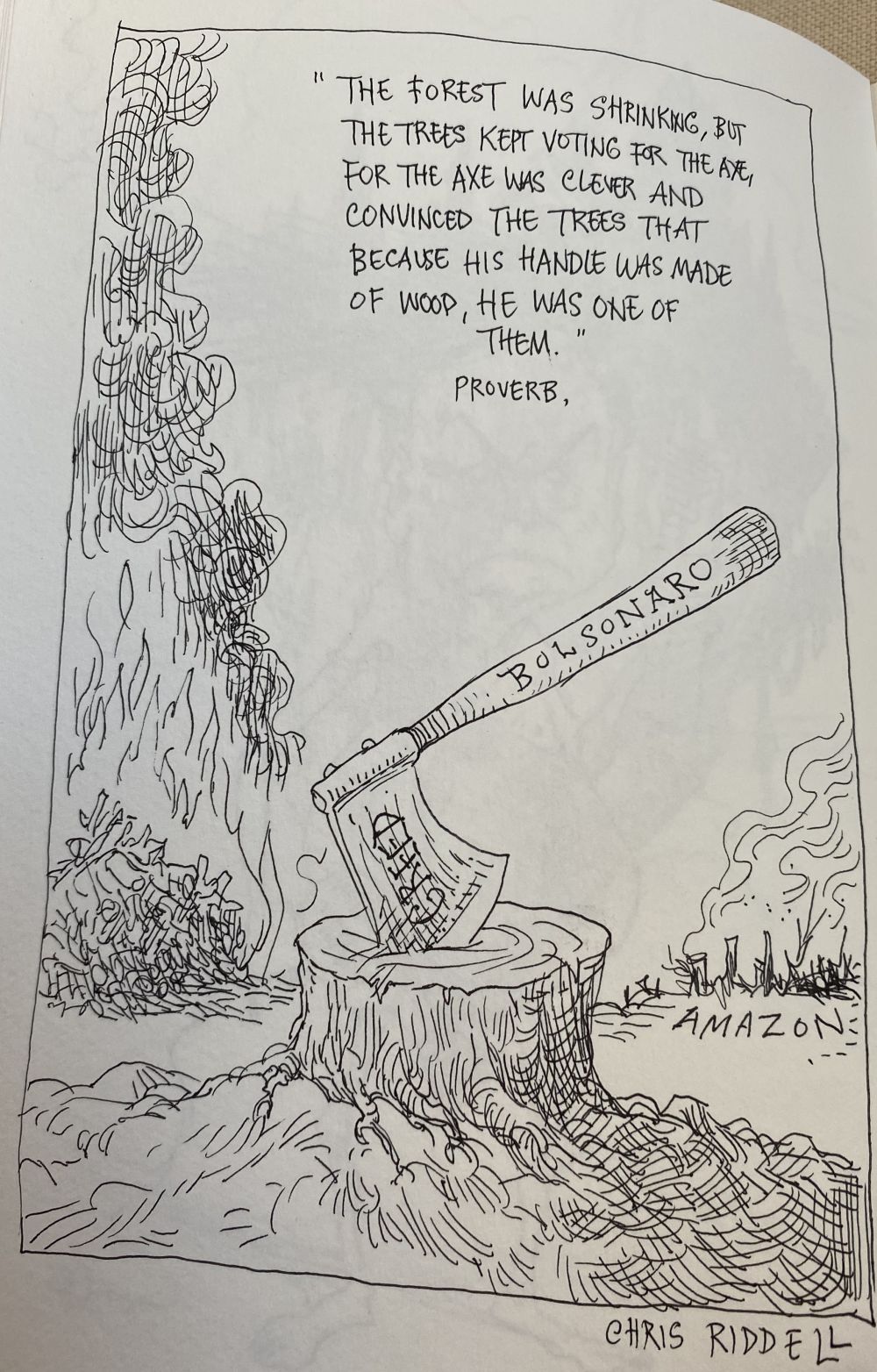 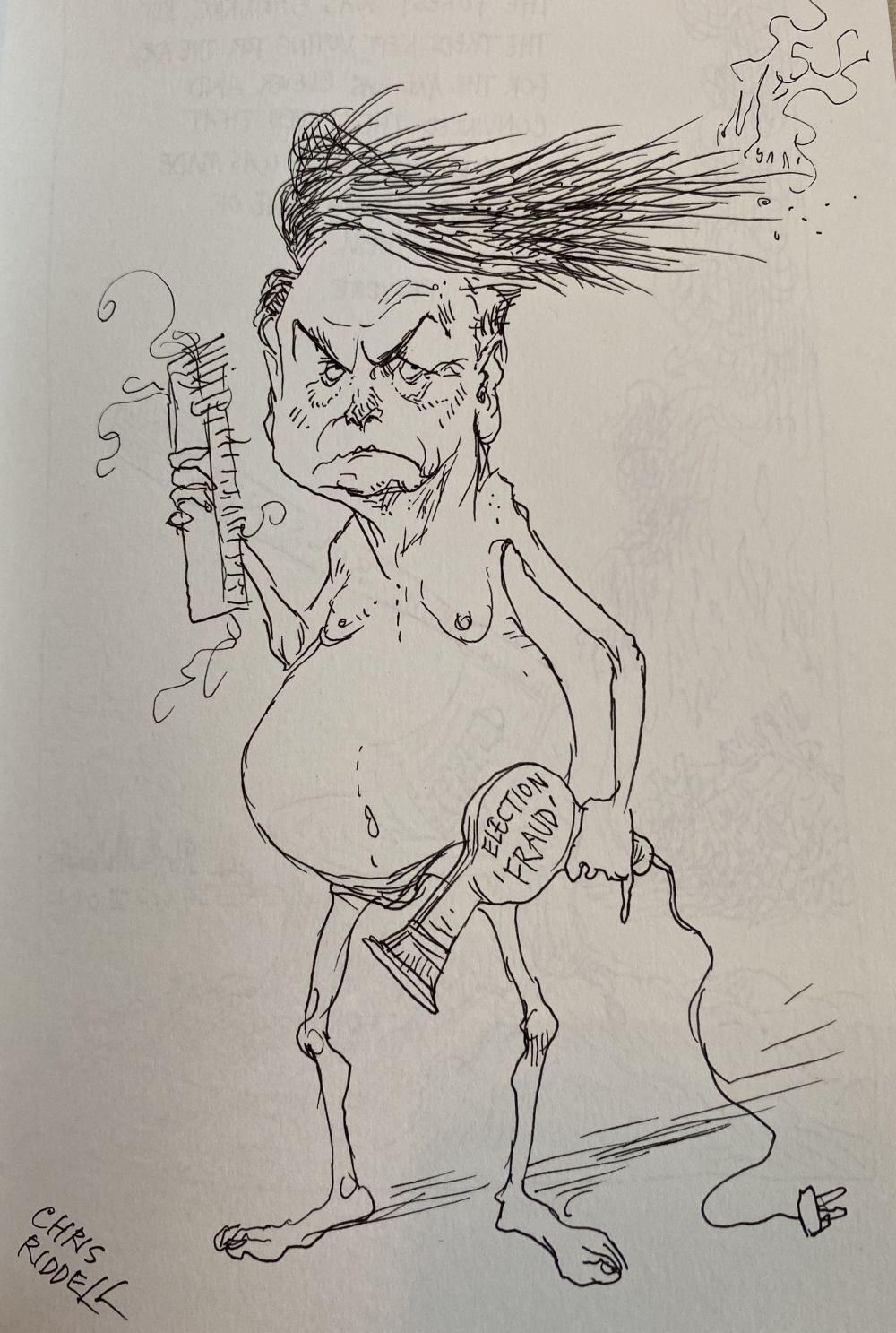 Against Austerity:  The Bolsonaro Clan’s Culture of Coups and Bid at Total Privatization