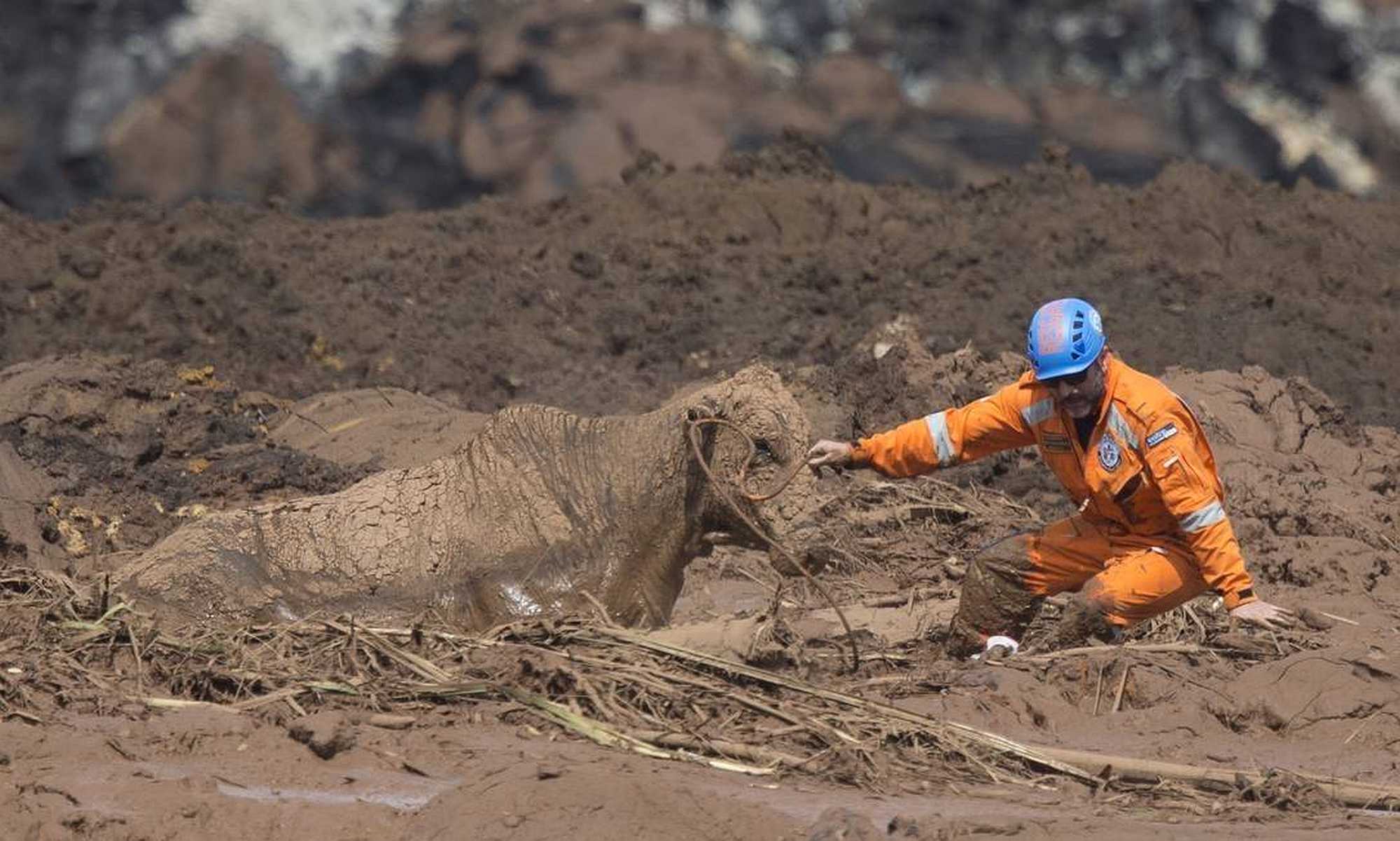 On Friday, January 25, 2019, most of Helena Taliberti’s family was swept away within a matter of moments when a dam burst in Brumadinho in southeastern Brazil. Her daughter Camila (33), her son Luiz (31) and his wife — who was five months pregnant — as well as Helena’s ex-husband and his new wife were all lodged in a tiny hotel there, on their way to the nearby Inhotim open-air museum.

When the dam holding back a trailings pond from the Córrego do Feijão iron ore mine burst, some 13 million cubic meters (460 million cubic feet) of mud suddenly rushed through the valley.

Two-hundred-and-seventy people are thought to have been buried alive by the wave of mud, with local residents and employees of the Vale mining company among them. Four days after the accident, aid workers found the body of Helena’s son Luiz, and then the bodies of Camila and her father two days after that.

Luiz’s wife Fernanda was not found until 22 days later, and her mother-in-law is among those whom aid workers are still trying to find. Neither the mining company Vale nor any government authorities have ever contacted Helena.

“During the past year, I thought things were getting better, but the pain is still enormous — especially because we know that it could have been avoided,” the 62-year-old said.

The event shocked Brazil, especially as the public was already familiar with such images. Three years prior, another iron ore trailings dam had burst just 120 kilometers (75 miles) away from Brumadinho.

Nineteen people were killed in the city of Mariana, where thousands became homeless in an instant, and rivers in the region, including the Rio Doce, were heavily contaminated.

Vale, a subsidiary of the Samarco mining company, promised to quickly compensate victims and their families, as well as pledging to rebuild the region. Still, despite promises that such a tragedy would never be allowed to happen again, it did once again in Brumadinho. “Looking back, Mariana was a clear warning; unfortunately, that warning went unheeded,” says Helena Taliberti.

Mining expert Susanne Friess of the Germany-based Catholic aid organization Misereor visited Brumadinho two months before the dam burst. Her organization oversees a number of social and environmental projects in the mining region.

“At the time, a number of people told me they had been trying to protect local water sources and block the expansion of mining projects,” Friess tells. “They were also very concerned that a tragedy like that in Mariana could happen in Brumadinho.”

Earlier this week, state prosecutors in the state of Minas Gerais filed manslaughter charges against 11 Vale managers as well as five employees of the German Technical Inspection Association (TÜV), which certifies dam safety.

Investigators claim that those responsible were well aware of the unstable nature of the dam, but consciously determined to hide that fact. Investigators also discovered a secret list of 10 other dangerous dams compiled by managers at Vale.

Susanne Friess sees that as a clear indication that the catastrophes at Mariana and Brumadinho share a common cause: “The companies were well aware of the situation, but neglected to act in either case. Therefore, I have to conclude that no lessons were learnt from the dam burst in Mariana.”

Still, Friess says the approach of Brazil’s prosecutors gives her grounds for hope. She says that during private conversations with prosecutors she has had the impression that they are determined to learn from past tragedies and ensure that nothing similar happens again in the future.

Yet, even now, she says, four years after the Mariana tragedy, the region is mired in chaos, with no one stepping up to take responsibility and companies and authorities unwilling to provide compensation to victims.

Despite Friess’ optimism about prosecutors’ intentions, she says she gets an uneasy feeling when looking at Brazil’s 770 similar dams. “The construction and inspection of those dams represent a ticking time bomb. Those bombs could be defused, but that would require the political will to do so,” she says, adding, “They could be decommissioned and stabilized; that would at least delay any future catastrophe.”

According to media reports, some 55 Brazilian dams are currently being operated without proper certification, and another 41 have been temporarily shut down due to acute safety concerns.

“That is extremely worrisome for people living near those dams. They are completely incapable of deterring just how high the risks are,” says Friess. “They cannot count on authorities, nor can they count on the inspectors or the mining companies. And the big question is: Who can guarantee their safety?”

Brazil’s current federal government is intent on expanding mining in the country, even in the largely unspoiled Amazon region. When Susanne Friess thinks of the billions of tons of tailings that such a program would produce, she calls it “a nightmare scenario.”

“I don’t think mining can ever be sustainable. That concept itself is a contradiction,” she says, adding that the best one could ever hope for in that instance would be to avoid the worst possible catastrophes.

Yet Brazil’s president, Jair Bolsonaro, has so far seemed more interested in weakening the country’s environmental and safety standards rather than strengthening them. “The political power constellation does not look good right now,” says Friess.

Brazilian lawmakers have voted against suspending President Michel Temer and rejected the push to ...