I met “Mariana,” a 20-year-old Brazilian woman, in Paraíba state, almost a year ago in the waiting area of a public hospital. I was investigating access to reproductive health services for women and girls in northeastern Brazil, and Mariana was one of my first interviews. She told me she had an unplanned pregnancy, and gave birth, when she was 18.

But abortion is a crime in Brazil, except in cases of rape, when the life of the woman is at risk, or the fetus has anencephaly – a fatal congenital brain disorder. I asked Mariana if she felt like she had any options other than continuing with the pregnancy. “No,” she said quietly, shaking her head.

Today marks a Global Day of Action for Access to Safe and Legal Abortion. Advocates around the world are urging governments to lift restrictions on access to abortion to protect the human rights of women and adolescent girls. Brazilian authorities should pay attention.

Last year, my colleagues and I interviewed nearly 100 women and girls in northeastern Brazil for a report on the human rights impacts of the Zika virus outbreak. Unplanned pregnancies were common.

Fewer than one-third of the women and girls we spoke to about family planning said their most recent pregnancy was planned. Some said their contraceptive methods failed, often because they lacked information on correct usage. Others had trouble accessing family planning, especially long-term methods.

Women and girls told us they felt “scared,” “shocked,” or “desperate” when they found out they were pregnant. One woman said it felt like “a bomb going off in life.” Another said, “When I found out I was pregnant, my life collapsed.”

Because of restrictions on access to abortion, hundreds of thousands of women and girls in Brazil risk their health and lives to get clandestine, and often unsafe, abortions each year. Poor and marginalized women and girls suffer as they may not be able to afford safer procedures.

Doctors we interviewed said they had treated patients with serious complications from unsafe abortion. “These cases leave a mark on us,” said one obstetrician in Pernambuco state. “I have followed cases of women with very serious infections due to unsafe abortions that had septic shock and died.”

She also described treating patients who had ruptured their uterus and gotten infections in the abdominal cavity from trying to induce abortion through unsafe methods.

I interviewed one young woman who told me she was raped when she was 13, and took pills she bought at a pharmacy to terminate the pregnancy. At the time, she didn’t know that because she was raped she probably could have accessed legal abortion.

“I didn’t have a lot of information,” she said. “I didn’t know what I could do.” She took the pills and then met some friends. “I started feeling pain and cramps,” she said. “Then I started bleeding.”

She left her friends and tried to get home quickly alone, but she was bleeding heavily, to the point that her clothing was soaked with blood. She told me she had to stop twice on her way home to wring the blood out from her skirt.

She managed to terminate the pregnancy, but no one should have to suffer though such a traumatic experience, least of all an adolescent girl who was raped.

Two cases before the court could decriminalize abortion in certain contexts. In one case, the National Association of Public Defenders, with support from the nongovernmental group Anis-Institute of Bioethics, filed a petition contending that pregnant women infected with Zika who are experiencing anxiety or distress related to having the virus during pregnancy should have access to legal abortion.

Meanwhile, Brazil’s Congress is moving in the wrong direction. Conservative representatives are pushing bills that would restrict the already very-limited access to abortion or ban it outright. That would only make matters much worse.

Expanding access to safe abortion would save women’s lives by making the procedures safer.

The decision to terminate a pregnancy is deeply personal, and can be difficult. Women and girls in Brazil are being denied the right to make independent decisions about their health and their bodies.

On this global day of action, Brazil should confront the public health crisis resulting from unsafe abortion, and take urgent steps to decriminalize abortion and protect reproductive rights. The health and lives of Brazilian women and girls depend on it.

Day of Struggle for the Decriminalization of Abortion

The group gathered to discuss current threats against women’s reproductive rights under right-wing Michel Temer’s administration. Lawmakers are currently discussing a proposed amendment that would outlaw abortion in all cases. Currently, abortion is legal if it threatens the mother’s life or in instances of rape.

The event featured a talk by Amelinha Telles, from the São Paulo Women’s Union, who was persecuted during the country’s dictatorship between 1964 to 1985.

Others who spoke included Sinara Gumieri, a lawyer and researcher with the Anis Institute of Bioethics; the coordinating public defender of the Specialized Center for the Promotion of Women’s Rights (Nudem), Ana Rita Prata; and Luciana Araújo, a member of the Black Women’s March.

“Some ‘enlightened’ have (continued to reverse) … what we have been fighting for, especially (for) poor and black women who must (go underground) to interrupt their pregnancy, often causing problems like sterility and avoidable deaths,” Paulo Sandra Mariano, a member of the State Forum of Black Women and the National Coordination of Black Entities of São Paulo, said.

“If a woman dies from the practice of abortion (underground), without assistance and without rights, this is very serious.”

In an earlier interview with Radio Brasil Atual, Mariano had also pointed out the prejudice women face surrounding abortion, even from health care workers.

“When the woman arrives at the hospital with pain and bleeding, she is poorly cared for, and medical professionals joke from the moment she enters the emergency room,” the activist pressed. “Where’s the partner, the father in this situation?” 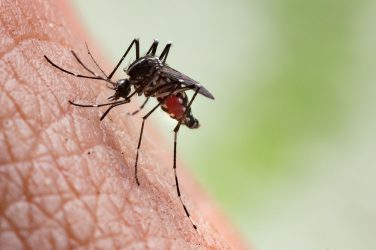