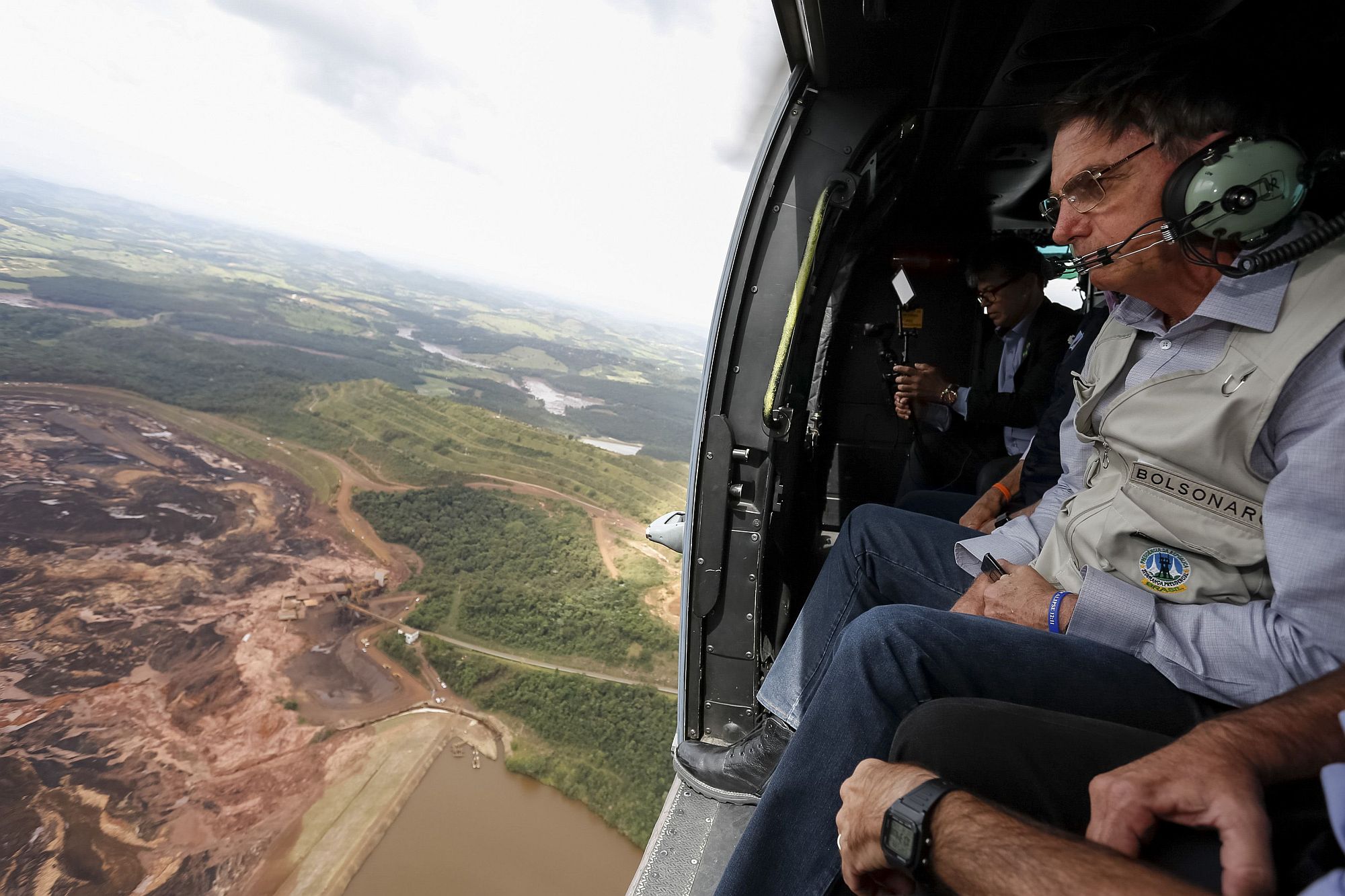 Brazilian rescuers were searching for some 300 missing people after a dam burst at an iron ore mine owned by Vale SA, the second major dam disaster involving the company in just over three years.

Thirty four bodies had been recovered by Saturday afternoon, said Avimar de Melo Barcelos, the mayor of the town of Brumadinho where the dam burst in the mining-heavy state of Minas Gerais. The toll was expected to rise sharply.

Vale Chief Executive Fabio Schvartsman said only one-third of the roughly 300 workers at the site had been accounted for. He said a torrent of sludge tore through the mine’s offices, including a cafeteria during lunchtime.

Minas Gerais is still recovering from the collapse in November 2015 of a larger dam that killed 19 people in Brazil’s worst environmental disaster. That dam, owned by the Samarco Mineração SA joint venture between Vale and BHP Billiton, buried a village and poured toxic waste into a major river.

“The environmental impact should be much less, but the human tragedy is horrible,” he told journalists at Vale’s offices in Rio de Janeiro. He said equipment had shown the dam was stable on January 10 and it was too soon to say why it collapsed.

Television footage showed a vast swathe of thick red mud scarring the verdant hills below the mine, cutting through farms and residential areas and leveling everything in its wake.

“Our main worry now is to quickly find out where the missing people are,” Aihara said on GloboNews cable television channel. Scores of people were trapped in nearby areas flooded by the river of sludge released by the dam failure.

Helicopters plucked people covered in mud from the disaster area, including a woman with a fractured hip who was among eight injured people taken to hospital, officials said.

The Inhotim Institute, a world-famous outdoor contemporary art museum a few miles from downtown Brumadinho, evacuated visitors and closed its doors out of precaution.

The Feijão mine is one of four in Vale’s Paraopeba complex, which includes two processing plants and produced 26 million tons of iron ore in 2017, or about 7% of Vale’s total output, according to information on the company’s website. Feijão alone produced 7.8 million tons of ore in 2017.

Former environmental minister and presidential candidate Marina Silva said Brazilian authorities and private miners had not learned anything from the 2015 Samarco disaster near the city of Mariana and called it unacceptable.

Operations at Samarco remain halted over new licensing, while the companies have worked to pay damages out of court, including an agreement that quashed a 20 billion reais (US$ 5.31 billion) civil lawsuit last year. Federal prosecutors suspended but have still not closed an even larger lawsuit.

“Three years after the serious environmental crime in Mariana, with investigations still ongoing and no one punished, history repeats itself as tragedy in Brumadinho,” Silva said on Twitter.

The world leaders have confirmed the prisoner’s dilemma; unfortunately the entire world will face ...

In Brazil, Land Speculators Know Well They Are Above the Law

On the Amazon frontier, where many people operate outside the law, you often hear ...

Brazil ranks 79th among 176 countries in a world ranking of perceived corruption ...