Recurring drought, regular power outages and a devastated farming industry – these are the problems scientists say Brazil could face as research suggests the rainforest-rich country is drying out at an alarming rate.

Several studies in recent months have pointed to deforestation, a warming climate and weak governance as the main drivers of drier conditions in Brazil’s midwest and southeast, leaving farms parched and hydro-power plants struggling to meet electricity demand.

According to research released in August by deforestation mapping initiative MapBiomas, Brazil has lost nearly 16% of its surface water over the past three decades.

Using historical satellite images, researchers identified parts of the country that have changed from water areas to soil or vegetation and vice versa, said Carlos Souza Jr., a geologist at Imazon (the Amazon Institute of Man and Environment).

“I expected some (images) would show impacts on the environment, but I didn’t think they would be this clear and evident,” said Souza, whose 2018 research on aquatic ecosystems in the Amazon rainforest provided data for the MapBiomas study.

“This means we will have less water for basic activities, such as industrial needs, energy production, (supplying) urban centers and traditional communities, and more,” he said.

The National Electric System Operator has said Brazil, which holds 12% of the planet’s freshwater reserves, is experiencing its worst drought in more than 90 years.

With reservoir water levels dropping fast, especially in the southeast where big cities Rio de Janeiro and São Paulo are located, the nation’s electricity supplier said in August it would add a “water scarcity flag” to the power tariff system.

Green means they are running at sufficient capacity, while yellow, red and the new “scarcity” flag signal low or critical levels, triggering a price rise to cover the costs of activating thermal energy plants and other measures to avoid blackouts.

Climate change is already cutting into the volume and variety of crops Brazil’s farmers can grow, according to a September report by Planet Tracker, a nonprofit financial think-tank.

Its researchers said increasingly erratic weather is hitting the double-cropping system Brazil relies on to maintain its status as a major soy and corn exporter.

Double-cropping is when farmers use the same land twice in one year – and to do that successfully, they need stable rainfall patterns to know what to plant and when.

The report predicted that by 2050, the net loss to Brazil’s export revenue could be US$ 701 million-US$ 2.1 billion per year.

Forests in the Amazon basin play an important role in generating rainfall – about 20 billion tons of vapor evaporate from the region every day, later coming down as rain in the rainforest and other parts of Brazil.

But climate change is shifting rains that have historically fallen in central Brazil to the south, said physicist Paulo Artaxo, a member of the Intergovernmental Panel on Climate Change (IPCC) and a lead author on its last three assessment reports.

At the same time, as global temperatures rise, the amount of moisture the atmosphere can hold increases, meaning less is released as rainfall, he explained.

“All IPCC climate models show that central and northeast Brazil will become drier and the south will have more precipitation. It’s already happening today,” Artaxo said.

Right-wing President Jair Bolsonaro has been weakening the environment ministry’s authority over forestry and water agency services, while promoting development of the Amazon.

“The dismantling of environmental management in Brazil … has a direct impact on the water and on the climate,” Lima said.

Brazil should have learned lessons from past water crises, he said, such as the rain shortage in 2001 that resulted in planned blackouts across the country, and the severe drought that hit São Paulo, Brazil’s most populous state, in 2014.

Lima would like to see the government apply an existing law that allows it to charge residents and businesses to use untreated water.

Officials also should focus on ending deforestation across Brazil and invest more in rehabilitating water basins and riverbanks, which would stop – or at least ease – its water crisis, he added.

Simone Santana, owner of the Pontal do Lago inn at the edge of a lake created by the Furnas hydropower dam in the southeastern state of Minas Gerais, said she had been feeling the impacts of Brazil’s water crisis for the past 10 years.

Last month, the water level in Furnas reached its lowest point in two decades, leaving the dam with less than 15% of its usable volume.

Once a popular spot for water activities and fishing, the fast-emptying dam no longer attracts the same number of tourists. Between 2014 and 2019, just before the pandemic, the inn saw bookings dive, said Santana.

“Our business was very affected. We used to have 11 employees, now we have only four. We have gone through a very rough time,” she said.

A private well ensures a steady water supply to the inn even in times of drought, and Santana protects her business from fluctuating electricity prices with a mini solar-power system she installed two years ago.

“Companies have to invest in (solar) to have more tranquility and be less affected by the water crisis,” she said. 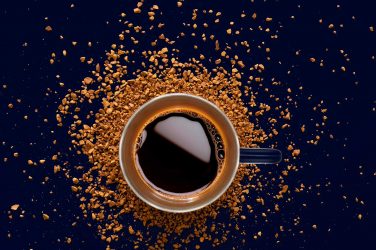 The biggest economic question facing Brazil, as for most developing countries, is when it ...

“When conflicts don’t arise, it’s because the government’s policy had no effect. For this ...