African-descendants in Brazil are 23.5 percent more likely to be killed than any other ethnic group in the country found a study titled, “2017 Violence Atlas,” undertaken by the Institute for Applied Economic Research and the Brazilian Forum of Public Safety.

Brasil de Fato reported that for every 100 murders in Brazil, 71 are Black people. According to Dina Alves, a lawyer and researcher of race, gender, and class, the staggering numbers are conclusive in determining that Brazil is a “genocide project” of Black people.

She added that “it’s not by chance that most people who die are black, that the majority of those incarcerated are black people. It’s the state that kills when police kill.”

The statistics compiled by the Atlas were based on information obtained by the Mortality Information System of the Brazilian Ministry of Health. They revealed that in 2007, Brazil’s homicide rate was 48,000 people annually.

In 2015 that rate had increased to 59,080 annually. The overwhelming majority of the victims were young Black people who live on the periphery of large cities.

An impediment to justice has been a term used by the police called “auto de resistência,” or resisting arrest and it implies a series of actions: the police kills someone who they describe as being a “bandido” or a thug.

A parliamentary inquiry commission was established to do away with all forms of resisting arrest cases. A new law banning the practice was proposed in June 2016. However, it has yet to be approved.

Douglas Belchior, a member of the Nucleus Union of Popular Education for Black People and the Working Class and the National Council of Children and Adolescent Rights attended the parliamentary inquiry commission.

He noted that the state recognizes its violent role in maintaining a police force that guarantees the safety of the rich and monied neighborhoods while systematically repressing, violating, raping, and killing “the population that’s depicted by stereotypes as being marginalized and criminal.”

In response to the yellow fever outbreak currently on-going in Brazil some 3.5 million ...

The Streets Clamored for It, But Brazilian Congress Is Bungling the Electoral Reform

Brazil’s Congress is rushing to approve a series of legislative reforms to update the ... 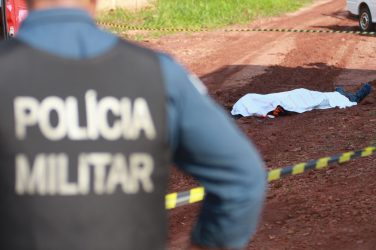