A military operation against environmental violations in the Brazilian Amazon is coming to a close this month after nearly two years, but the show of force, backed by US$ 71 million in funding, has had no meaningful results and leaves the region vulnerable to the pressures of economic development, experts say.

Operation Green Brazil was launched in August 2019 in response to the widespread fires in the Amazon that year. It was extended in May 2020, and again at the start of February, with President Jair Bolsonaro subordinating federal environmental agencies to the military’s authority throughout the campaign.

Following the latest extension, Vice President Hamilton Mourão announced the operation would come to an end on April 30. He added that the scope of law enforcement actions will be narrowed down. “We found that 70% of deforestation or environmental crimes occur in 11 municipalities that we listed as priority areas,” Mourão said.

Authorities have long known this. A list of those priority areas for protection can be found in the records of a lawsuit filed by the Federal Prosecution Service (MPF) in April 2020 and seen. In other words, the information cited this year by Mourão was already publicly available a month before the military operation was first extended in May last year.

The prosecutors’ list identifies areas such as São Félix do Xingu municipality, in Pará state, which has the highest level of greenhouse gas emissions in the country as a result of deforestation. Other priority areas include municipalities in southern Amazonas state and nearby areas in Mato Grosso and Rondônia states.

The fact that prosecutors had already published this data and apparently been ignored by the government is just one of the critiques against Operation Green Brazil. Deforestation rates remain high, as pointed out by Greenpeace, and a huge black market for public lands is thriving, including areas being illegally bought and sold within Indigenous territories.

Meanwhile, environmental agencies that have been undermined during Bolsonaro’s administration will resume their enforcement roles just as the military announces economic development plans for the Amazon. Experts are now asking what protection the forest and its peoples still enjoy after almost two years under military authority.

Those questions appear justified. Under the military’s watch, an Indigenous group, Rondônia’s Juma, has been extinguished as a result of COVID-19. Meanwhile, prosecutors are investigating the use of a military plane to take illegal miners to meetings at the presidential palace in November 2020.

Marcela Vecchione, a political scientist at the Center for High Amazon Studies at the Federal University of Pará (UFPA), says Operation Green Brazil was a social and environmental failure. “Conflicts explode when there is a permanent state of exception as we saw in recent operations in the Amazon,” she says.

She points out that, since the beginning, the military’s operations have focused on areas already demarcated for or registered to traditional groups such as Indigenous peoples, Afro-descendant quilombolas, and riverside dwellers known as ribeirinhos. Vecchione says this is a serious mistake in itself.

“When operations focus only on ‘official’ land, the disputed areas become vulnerable. That is, from that point of view the operation was highly ineffective,” she says.

Close to 400 million reais (US$ 71 million) in funding went into Operation Green Brazil, according to Mourão, himself a former Army general. “Some agencies argue that they would do much better if they had that kind of money. That’s part of the debate,” he said as reported by the Poder360 portal.

Mourão was referring to the federal environmental protection agency, or IBAMA, and the Chico Mendes Institute for Biodiversity Conservation (ICMBio), the administrative arm of the Ministry of Environment. Both institutes are undergoing budget shortages.

“As a comparison, IBAMA’s spending on enforcement actions across the country did not even reach 80 million reais [US$ 14 million] in 2020,” says Suely Araújo, former president of the agency and an expert in public policy at the Climate Observatory coalition. “In my view, the funds spent in the operation were misused.”

Araújo’s coalition advocates for more funding for environmental agencies. According to the Climate Observatory, IBAMA, ICMBio and the Ministry of Environment are currently working with their lowest budgets in the last 20 years.

Amid this lack of funding, the agencies have also seen military officers appointed to management positions at the expense of experienced administrators and experts.

As of November 2020, there were at least 22 officers from the Air Force, Army and Navy in key positions at IBAMA, ICMBio and the Ministry of Environment, according to data compiled by Fiquem Sabendo, an agency specializing in freedom of information applications.

“Inspectors from both IBAMA and ICMBio have unique expertise,” Araújo says. “They know when an ‘in-person’ operation (more forceful, with armed support) is best or if it’s preferable to do satellite monitoring and then fine violators remotely.”

She says the deployment of soldiers increases internal distrust and raises the risk of retaliation against civil servants in these agencies.

“There is a narrative of discredit [about the agencies], a myth about the ‘industry of fines,’ and this discourse is largely responsible for deforestation. The government needs to put an end to this unfortunate narrative; it’s something that shouldn’t happen,” Araújo says.

“The worst enemy of the environment is poverty,” Economy Minister Paulo Guedes told the World Economic Forum in Davos, Switzerland, in early 2020.

Vice President Mourão and the military’s plan for the Amazon have adopted the same tone. “We need to arrive at a new development model for the Amazon,” Mourão said in February this year, while announcing the end of military operations in the region.

As president of the Amazon Council (CNAL), formed last year by Bolsonaro to oversee the region’s development, among other things, Mourão has advocated “results-based environmentalism” that “maps and expands supply chains, value chains, thus facilitating an increase in industrial activity.”

“In other words, they bring back an old military view of taking ‘progress’ to the Amazon, maintaining only a few islets of preservation while advancing over forest peoples,” says Vecchione from UFPA.

“Results-based environmentalism” is one of the goals of the national plan to control deforestation and recover native vegetation between 2020 and 2023. The plan was prepared by the Ministry of Environment, in line with the vice president’s views on the topic.

According to the ministry, “robust economic and legal mechanisms have to be put in place to encourage those who intend to do business in sustainable ways.”

But Vecchione says the model proposed by the government and the military ignores an intangible heritage of the forest: its peoples.

“Take the example of açaí cultivation around Belém [in Pará state], which has been managed in the same way for centuries: their wealth and variety are the result of traditional knowledge, which is the opposite of any development model proposed today,” she says.

Araújo from the Climate Observatory echoes the argument. “Both the military and the federal government stress the issue of poverty, but they don’t say that the development they propose will ultimately benefit large corporations rather than the poor,” she says.

‘No Room for Forest Peoples’

“Modernity and progress have been the order of the day since the imperial government,” the Amazon Council’s 2020-2030 strategic plan, released last November, begins as it lays out the guidelines for development in the Amazon.

The document warns of Chinese influence and calls for “fostering the business environment” and “integrating regional infrastructure.” To this end, the council says “legal security” in the Amazon is necessary, with new “territorial regulation” and “regularization of land titles.”

“The military see the Amazon as some projection of big cities, mirroring urban, ‘civilized’ society,” says Lício Monteiro, professor of geography at the Federal University of Fluminense (UFF). “There’s no room for forest peoples with their cultures and ways of life in that ideology.”

Monteiro studies the military’s role in defending and protecting Brazil’s national borders in the Amazon, which includes at least one social and economic development project: Calha Norte, in force since 1985.

This little-known initiative has been recently favored by the federal government. In early January, the Bolsonaro administration increased the maximum amount for equipment purchases for the Calha Norte project by more than 150% and raised its ceiling for spending on construction works by another 50%.

Monteiro says this initiative has brought the military closer to political and regional elites over the years. “There is a major presence of military personnel in the Amazon, so they participate in politics, they receive honors from mayors, councilors, deputies,” he says.

“The military have the same views from 40, 50 years ago, of ‘integrating [the country] to avoid losing it.’ So, the effectiveness of their actions or with whom they develop them doesn’t matter much,” Monteiro says. “What they want is to resume their prominence and, for that, they need to undermine the work done by civilians since the 1988 Constitution.” 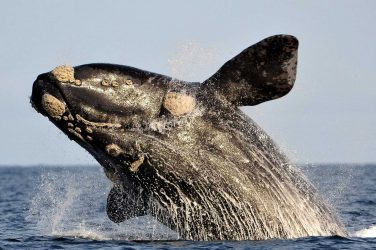 Whale season started this month on the Brazilian coast and is expected to last ...

Lula’s Answer to Charges Against Him: You Will Only Defeat Me at the Ballot Box