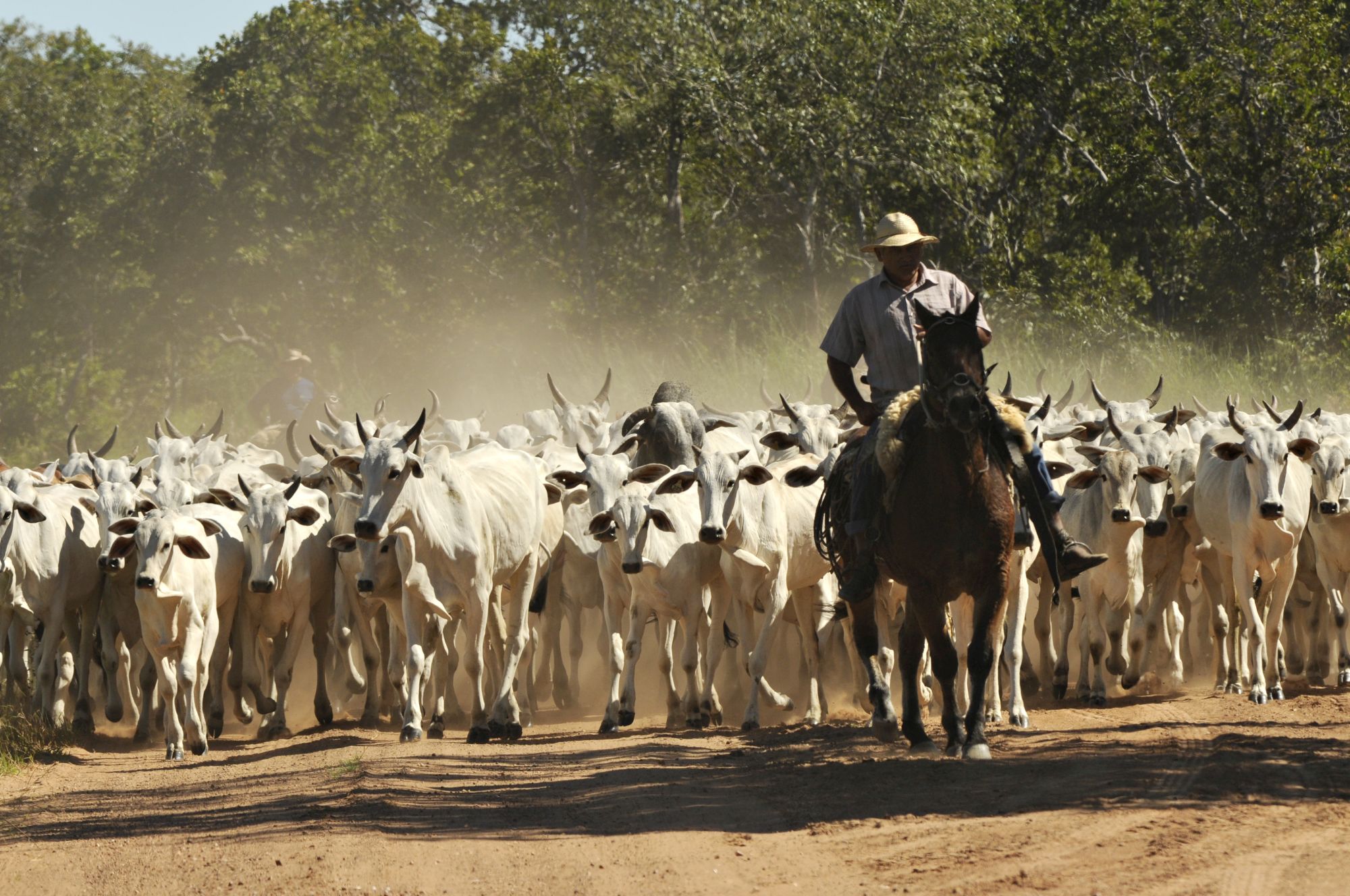 Picture the Brazilian Amazon. You probably don’t see a lot of cows in that image. But, in fact, in this rainforested part of South America – home to the world’s most booming tropical agricultural region – ranching has been the most common land use for over four decades.

That’s a major environmental challenge for Brazil. Ranching often produces little food per hectare of land farmed and is the leading source of deforestation in the region.

Jungles are cleared to create pastures for grazing, but because farmers do not invest in soil health, the land slowly degrades. As grasslands deteriorate, so do farming incomes, leading ranchers to deforest new tracts – a vicious cycle seen in rural areas across the developing world.

In Amazonian states like Pará, Acre and Mato Grosso, this occurs even in regions where farmers could choose to grow more sustainable and lucrative crops like fruit or vegetables. Why do ranchers persist in their low-income trade?

Not For the Money

To find out, we went to the eastern Brazilian Amazon to interview farmers. Our study, published in September in the journal Ecology and Society, reveals that cattle farming offers numerous perceived social advantages, including a quiet lifestyle, safety and social status.

For farmers, these potential benefits simply speak louder than money. This finding explains why existing efforts in Brazil to push farmers into adopting more sustainable and higher-income practices have largely failed.

Over the past decade, the Brazilian government has committed substantial resources toward combating deforestation, including offering subsidized interest rates on loans for sustainable agriculture investments.

In 2016, the country’s low-carbon agriculture plan made 4,500 loans totaling around US$ 946 million aimed at encouraging farmers to engage in pasture rehabilitation and implementation of mixed crop, livestock and forestry systems, among other more “green” activities.

Still, ranching rates have remained fairly steady over the past 20 years. That’s because, as our research has demonstrated, economic returns don’t always explain how farmers in this region choose to use their land.

To understand what does, our team of scientists from the Sustainable Amazon Network – an international conservation coalition that includes both Brazilian research centers and international universities – collected information about more than 600 households in the eastern Amazon state of Pará.

This comprehensive data set, compiled from 2010 to 2011, details the assets, social networks, agricultural activities and natural resources of rural households. It also indicates their subjective well-being – that is, how happy these Brazilian farmers think they are.

For our study, we first assessed how income varied across different types of agricultural activities, from cattle farming to horticulture.

We found that ranches earned just US$ 250 per hectare, meaning that household income on a median cattle farm of 30 hectares was just US$ 8,500 a year.

This is 10 percent higher than the average Brazilian annual income, but low considering the farmers’ property assets.

Soybean, a major export crop in Brazil, did four times better, earning farmers about US$ 1,000 per hectare.

The activity yielding the highest income per unit of land was fruit and horticultural production, which brought in around US$ 3,300 per hectare – 12 times more than that earned by ranchers. Today, less than 1 percent of land in the study region is dedicated to fruit and vegetable farming.

However, we also found that because fruit and vegetable farms were generally quite small – fewer than two hectares on average – many of these farmers were still earning less than US$ 6,000 a year from agriculture.

So why aren’t cattle farmers, who own large plots, turning their ranches into lucrative croplands and orchards?

One reason is infrastructure. We found that the remote rural areas where these study participants tend to live, far away from cities, lack the roads, refrigerated transport and supply chains necessary to get their product to market.

High startup costs are another factor. The agricultural machinery needed to till, plant and harvest on large areas of land, such as tractors and combines, can set farmers back US$ 1 million or more.

Those are both fairly intuitive findings. What surprised us, though, was the disconnect we discerned between household income and farmers’ reported well-being.

According to our research, absolute rural income has no relationship to a household’s perceived happiness, though people with more diverse income streams did demonstrate higher satisfaction.

Mostly, what fed feelings of well-being was “segurança” – a Portuguese word that implies a quiet and safe life – and the enjoyment of good relationships with neighbors.

Thus, while there are structural reasons why Amazonian farmers don’t embrace top-value, high-yield crops that would also, critically, do less harm to their delicate habitat, the social benefits associated with ranching are also a powerful incentive to keep it up.

In other words, farmers, like many workers, prioritize lifestyle over income and prefer to stay with what they know rather than venture into the unknown.

That makes sense, but the Brazilian debate on how to reduce deforestation and raise incomes in the Amazon is so focused on using economic incentives to encourage certain behaviors that it totally ignores this nuanced view.

Not only do current government programs fail to take into account the numerous nonmonetary factors influencing ranchers’ lifestyle choices, they also ignore the infrastructural barriers preventing many Brazilian ranchers from turning to crops.

Fruit production and horticulture may be lucrative, but these activities will remain largely inaccessible as long as farmers can’t reach distant markets.

Fixing the infrastructure problem requires major federal investment in processing, storage and marketing. Given Brazil’s current financial crisis, such changes seem unlikely in the near term.

Even so, the Amazon’s destruction is an urgent and long-term problem for Brazil – and for the world – and where there’s political will there may be a way.

Rachael Garrett is an assistant professor of the Human Dimensions of Global Change, Boston University

Joice Ferreira is a researcher in Ecology, Federal University of Pará

This article was originally published in The Conversation. Read the original article here: https://theconversation.com/for-cattle-farmers-in-the-brazilian-amazon-money-cant-buy-happiness-85349

Violence and Corruption: Double Challenge for a Prosperous Brazil

The numbers from the IBGE (Brazilian Institute of Geography and Statistics) are impressive: Brazil ...

Brazil’s Minister of Finance, Antonio Palocci, declared that there is no question in the ...