A Brazilian manufacturer has been blasted for appropriating the black empowerment slogan – “Black is beautiful” – to promote a brand of luxury toilet paper while using a white actress to promote the product.

The Personal VIP Black toilet paper, the first black personal wipes marketed in the country according to producer Santher, was launched this week, with images of redhead Marina Ruy Barbosa, naked but wrapped in thick black paper roll, accompanied by the three word tag line.

“Black is beautiful” was a movement and a motto that surfaced in the United States in the 1960s to encourage black Americans to take more pride in the distinctive features of their appearances, and is still firmly associated with African Americans.

“To use this slogan to talk about toilet paper is literally saying to our face that they are shitting on us, our fight against racism and our fight to improve our self-esteem,” said black activist Daniela Gomes, as cited by the Root website.

“But in Brazil if you type in #blackisbeautiful you are going to find ass paper. If this is not an explicit demonstration of racism and ethnic, criminal humiliation, I must have missed a class.”

The ad agency representing Santher, which produces 155 thousand tons of disposable paper a year, initially wiped away any concerns.

“Black is beautiful. The color has always been considered an icon of style and refinement,” said marketing manager Lucia Rezende, emphasizing that the company had absolutely no intention to stir any controversy.

However, as the scandal gathered pace and the story was picked up by international media, the slogan was removed from promotional materials, with the company apologizing for the “eventual misleading association with the phrase adopted by the black movement, which we respect and admire.”

The image of roll-wrapped Barbosa is, however, still prominently displayed on social media ads and videos. 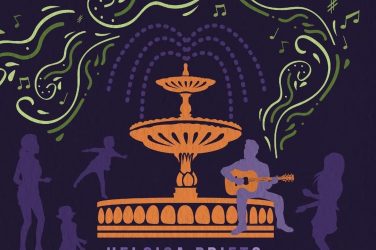 Cases of children working for food delivery apps in Brazil during the COVID-19 pandemic ...

Brazil’s Minister of Finance, Guido Mantega, informed that the Brazilian government will raise its ...