Inside Brazil’s Indigenous Reserve 124, Chief Geraldo Apurina walks along a muddy footpath, past towering trees as yet untouched by Amazon loggers.

Much of the land around the reserve has been cleared of trees. Grazing land for cattle now stretches as far as the eye can see from the highway, destroying what used to be the mighty Amazon rainforest.

“Thirty years ago, this was all untouched forest,” said Cosme da Silva, a local activist with the Pastoral Land Commission (CPT) in Boca do Acre, in the southwest corner of Amazonas State.

“Today all of this has been taken over by ‘grileiros’ (land grabbers) who destroyed it to raise cattle,” Silva said from the passenger seat of a 4×4 truck driving past deforested land and into the reserve.

As politicians plan a radical shift in how land for Brazil’s 900,000 aboriginal people is demarcated, environmentalists say places like Reserve 124, where territory is formally owned by indigenous communities, represent the best chance to save endangered forests.

“I am certain we are better at preserving the forests than other nearby communities,” said Chief Geraldo Apurina, standing on the porch of his hand-built home inside the reserve, as chickens pecked for scraps in his shaded yard.

The Apurina indigenous community received formal ownership of the 450 sq km (175 sq mile) of land in 1988 when Brazil emerged from a military dictatorship and signed a new constitution guaranteeing indigenous rights.

Prior to demarcation, residents constantly faced violence from ranchers and farmers who wanted the land, said Maria José Apurina, 40, a mother of four and the chief’s wife.

“I’ve seen blood spilled (for this),” she said, sitting in her wooden home. “But now that we have the land it’s better for our children… this is our place.”

Reserve residents, who number around 800, make a living fishing and hunting on the land and harvesting nuts and açaí berries, which grow there naturally, said Apurina, 57.

“We only harvest the nuts – we don’t harm the trees,” he said – a claim backed up by research.

Forest in the Amazon where indigenous communities formally own their land is much better protected than similar non-demarcated areas, according to a study by American scientists in Peru’s rainforest published in April, backing the findings of two previous studies.

In Brazil’s Amazon, an area larger than Germany has been deforested since 1988, according to government data.

After years of declines, the rate of deforestation shot up by 29 percent last year compared to 2015, according to Brazil’s National Space Research Institute (INPE).

At this rate, environmentalists say the government will not be able to meet its goal of net zero deforestation in the Amazon by 2030.

Forests controlled by indigenous people, in contrast, are among the best protected in Brazil, said Luciano Evaristo, a senior official with the Brazilian government’s environmental enforcement agency (IBAMA).

And demarcating land for indigenous communities is among the cheapest strategies for protecting the Amazon, he said.

But formal plans to allocate new lands for indigenous people have been on hold for months and indigenous leaders are concerned that political moves will put an end to their claims.

Lawmakers are planning a major transformation in Brazil’s National Indian Foundation (FUNAI), the government agency that has sought to protect tribes by guaranteeing their land so they can preserve their cultures.

The body is ineffective, beholden to “external interests” and makes its land demarcation decisions based on flawed data, according to a report on FUNAI’s future from lawmakers and published in May.

FUNAI’s budget has been cut by more than 40 percent in the past year. The organization is outdated, say rural lawmakers, who have proposed changes in how it demarcates land, including opening indigenous reserves to mining companies.

“There are Indians who want to become miners and producers, and they should have the freedom to decide for themselves,” congressman Nilson Leitão, the report’s author and a leading figure in Brazil’s rural lobby said in May.

“FUNAI has been over-protective and paternalistic… The Indians could be living on a big mine while their people die of hunger,” he said of communities often steeped in poverty.

Francisco da Silva de Araújo, 56, is an indigenous leader from the community of Valparaiso, whose ancestral land in the Amazon basin has not been formally demarcated.

He said proposed changes at FUNAI could spell the end to his peoples’ hope of owning their own land, hurting Amazon conservation efforts in the process.

“We have been fighting to have our land demarcated since 1991,” Araújo said following a meeting with FUNAI officials in Amazonas State about his tribe’s long-standing claim. “We are very worried about these changes at FUNAI.”

His community has been facing regular incursions from outsiders who have been coming to cut down trees, Araújo said.

Without formal land rights, there isn’t much the two dozen extended families in his community can do to protect the forest.

Even before the latest budget cuts, the organization was struggling, the government official said. In the region around Boca do Acre it has laid off about 15 percent of staff.

“The numbers show that demarcating land for the indigenous is the best way to protect the forest,” Gallo told the Thomson Reuters Foundation following a meeting with Araújo and other indigenous leaders.

“The communities themselves often protect the forest – when someone invades, they report it,” Gallo said. “But there are economic interests eyeing indigenous land.” 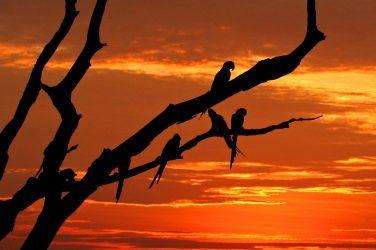 Army and Indians Work Together to Protect Brazil’s Borders

Since its founding in 1648, the Brazilian Army (EB, in Portuguese) has maintained a ...

In the midst of a delicate political moment, Brazilian president Michel Temer signed a ...

There are few dams in the world that capture the imagination as much as ...