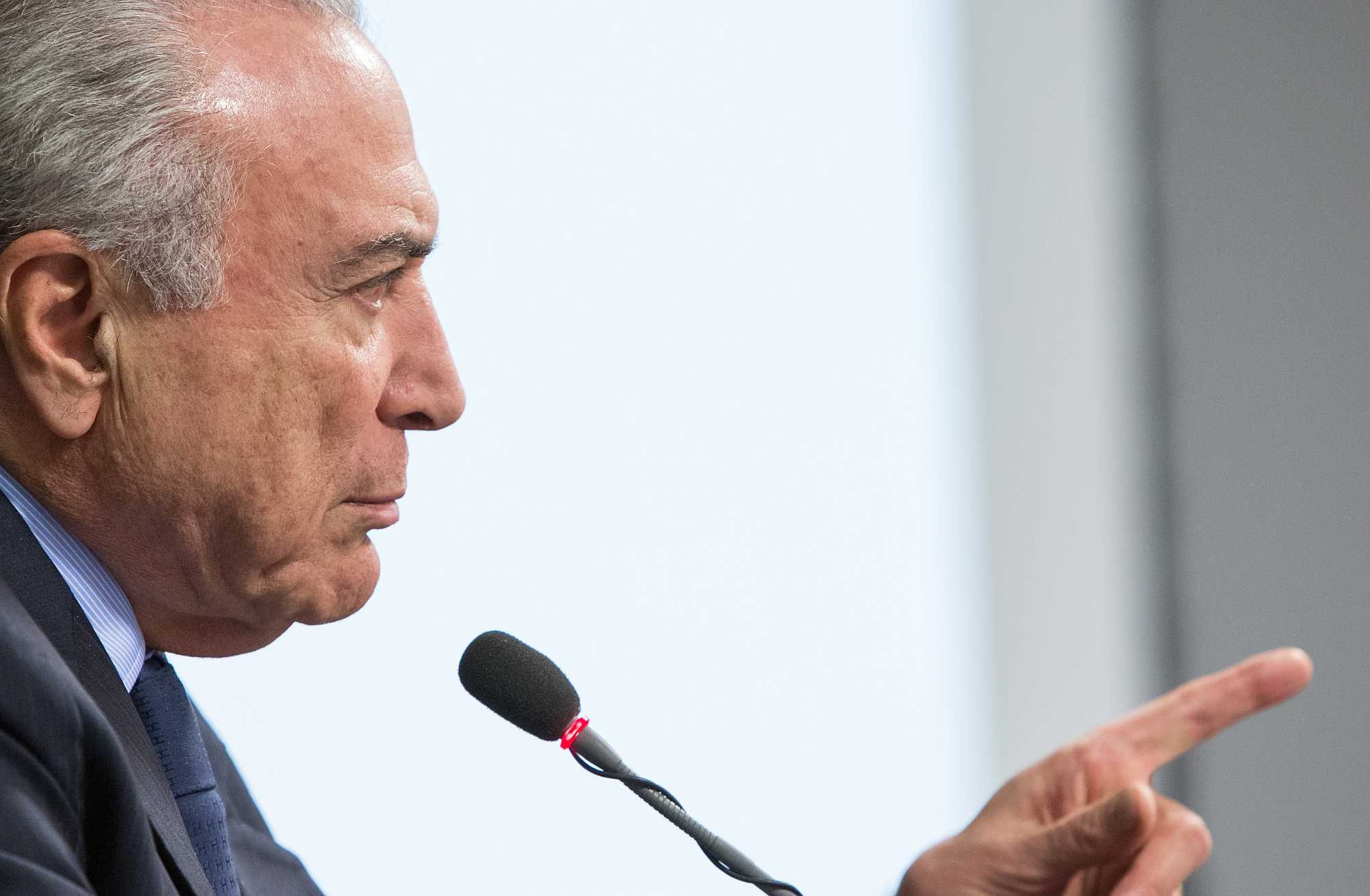 Brazilian President Michel Temer faces a tougher battle to quash an imminent second corruption charge because he has lost support among disgruntled members of his governing coalition in Congress, the country’s lower house speaker said.

Speaker Rodrigo Maia also said the government does not have the votes to approve an overhaul of the costly pension system, a cornerstone of Temer’s plan to address a record budget deficit.

Last month, the house rejected the first corruption charge against Temer, that he took bribes from executives at the world’s largest meatpacker, JBS SA, in return for political favors.

Brazil’s top prosecutor is expected to file a new charge by next week. Some Temer allies feel they were not rewarded for voting to save him from a Supreme Court trial, while parties whose members voted against him kept their cabinet posts.

“Undeniably, the government has lost some force in Congress. A charge like this evidently causes wear and tear in the coalition,” Maia said at a business conference in São Paulo. “There is discomfort.”

Temer’s largest ally, the centrist Brazilian Social Democracy Party (PSDB), split and half its members voted against the president.

Unhappy allies want the PSDB punished and are eyeing its four cabinet posts, such as the Ministry of Cities, whose hefty budget is coveted for pork barrel projects.

Temer is unlikely to give in to their demands because he needs the PSDB’s support to advance a legislative agenda consisting of free-market reforms and fiscal discipline to win back investor confidence and shake off two years of recession.

Maia said Temer does not have the support of three-fifths of the lower house of Congress, or 308 votes, needed to approve his landmark pension reform and will have to make concessions to dilute its intended fiscal savings.

A vote on the pension bill is no longer expected to happen before October, Maia said.

Students Prison in Brazil Had Help from Infiltrated Army Captain

The Brazilian man accused of infiltrating a group of students opposed to the government ...

Lula’s Answer to His Conviction for Corruption: Launching Candidacy to President