The São Paulo Museum of Modern Art (MAM) is housing the works of Brazilian artist Anita Catarina Malfatti (1889-1964), which sparked passionate reactions from the critics when they were first put on show, in 1917.

Her solo exhibit, which included 53 works, among which paintings, engravings, and drawings, heralded the Modern Art Week of 1922, which paved the way for Brazil’s artistic avant-garde trends.

Some of the pieces, created during the six years she spent in the US and Germany and in the year she returned to Brazil, are part of the exhibit Anita Malfatti: 100 Years of Modern Art.

In addition to this early phase, the exhibit shows a wide selection from Malfatti’s oeuvre, divided into three periods.

The first, marked by the scandal with broken paradigms, led to the return of five sold pieces. This phase include famous pieces such as The Man of Seven Colors (1915/16), and the oil paintings The Japanese Man and The Lighthouse.

The second period, in turn, is comprised by works developed during her studies in Paris, like the oil painting Port of Monaco (1926), A Pyrenean Landscape, in addition to watercolor paintings Venice, Canal, and The Vista of Fort Antoine in Monaco.

The last part of the collection displays the artist’s production starting from the 1930’s, when Malfatti painted the portraits of a number of friends and family members. Indoor scenes include the Toy Train (1940), Samba, (1945), and At The Shop Door.

The daughter of an American mother and an Italian father, Anita Malfatti was born in 1889, in São Paulo. She studied painting in art schools in Germany and the US.

Anita Malfatti was harshly criticized not only for her unconventional work, but also for not corresponding to the female role that was expected from her. Even friends and family members didn’t hide their disappointment when she came back from the United States. She wasn’t producing the soft painting she was supposed to, they noted.

Respected writer and critic Monteiro Lobato attacked her in an infamous article published in December 1917 by O Estado de S. Paulo newspaper, entitled “Paranoia or Mystification?” Lobato argued that the young artist had been seduced “by the extravagant art of Picasso & Co.” and chided her for a non-realistic and anti-nationalistic style.

In 1928, Brazilian poet and polemicist Oswald de Andrade published The Manifesto Antropófago (Cannibalist Manifesto). Brazil’s greatest strength is its ability to “cannibalize” other cultures, he argued. It’s a way for the country to face the cultural domination by Europe.

“Tupi or not Tupi: that is the question.” The line, borrowed and cannibalized from Shakespeare’s “to be or not to be” is a reference to the Tupi Indians, who practiced cannibalism.

The unique law of the world. The disguised expression of all individualisms, all collectivisms. Of all religions. Of all peace treaties.

Tupi or not Tupi that is the question.

Against all catechisms. And against the mother of the Gracchi.

We are tired of all those suspicious Catholic husbands in plays. Freud finished off the enigma of woman and the other recent psychological seers.

What dominated over truth was clothing, an impermeable layer between the interior world and the exterior world. Reaction against people in clothes. The American cinema will tell us about this.

Sons of the sun, mother of living creatures. Fiercely met and loved, with all the hypocrisy of longing: importation, exchange, and tourists. In the country of the big snake.

It’s because we never had grammatical structures or collections of old vegetables. And we never knew urban from suburban, frontier country from continental. Lazy on the world map of Brazil.

One participating consciousness, one religious rhythm.

Against all the importers of canned conscience. For the palpable existence of life. And let Levy-Bruhl go study prelogical mentality.

We want the Cariba Revolution. Bigger than the French Revolution. For the unification of all the efficient revolutions for the sake of human beings. Without us, Europe would not even have had its paltry declaration of the rights of men.

Filiation. The contact with the Brazilian Cariba Indians. Or Villegaignon print terre.

Montaigne. Natural man. Rousseau. From the French Revolution to Romanticism, to the Bolshevik Revolution, to the Surrealist Revolution and the technological barbarity of Keyserling. We’re moving right along.

We were never baptized. We live with the right to be asleep. We had Christ born in Bahia. Or in Belém do Pará.

But for ourselves, we never admitted the birth of logic.

Against Father Vieira, the Priest. Who made our first loan, to get a commission. The illiterate king told him: put this on paper, but without too much talk. So the loan was made. Brazilian sugar was accounted for. Father Vieira left the money in Portugal and
just brought us the talk.

The spirit refuses to conceive spirit without body. Anthropomorphism. Necessity of cannibalistic vaccine. For proper balance against the religions of the meridian. And exterior inquisitions.

We can only be present to the hearing world.

We had the right codification of vengeance. The codified science of Magic. Cannibalism.

For the permanent transformation of taboo into totem.

Against the reversible world and objectified ideas. Made into cadavers. The halt of dynamic thinking. The individual a victim of the system. Source of classic injustices. Of romantic injustices. And the forgetfulness of interior conquests.

Death and life of hypotheses. From the equation I coming from the Cosmos to the axiom

Cosmos coming from the I. Subsistence. Knowledge. Cannibalism.

Against the vegetable elites. In communication with solitude.

We were never baptized. We had the Carnaval. The Indian dressed as a Senator of the Empire. Acting the part of Pitt. Or playing in the operas of Alencar with many good Portuguese feelings.

Magic and life. We had relations and distribution of fiscal property, moral property, and honorific property. And we knew how to transport mystery and death with the help of a few grammatical forms.

I asked a man what was Right. He answered me that it was the assurance of the full exercise of possibilities. That man was called Galli Mathias. I ate him.

The only place there is no determinism is where there is mystery. But what has that to do with us?

Against the stories of men that begin in Cape Finisterre. The world without dates.

Without rubrics. Without Napoleon. Without Caesar.

The fixation of progress by means of catalogues and television sets. Only with machinery. And blood transfusions.

Against antagonistic sublimations brought over in sailing ships.
Against the truth of the poor missionaries, defined through the wisdom of a cannibal, the Viscount of Cairo – It is a lie repeated many times.

But no crusaders came to us. They were fugitives from a civilization that we are eating up, because we are strong and as vindictive as the land turtles.

We never had any speculation. But we believed in divination. We had Politics, that is, the science of distribution. And a socio-planetary system.

Migrations. The flight from tedious states. Against urban scleroses. Against Conservatives and speculative boredom.

From William James and Voronoff. Transfiguration of taboo into totem. Cannibalism.

The pater familias is the creation of the stork fable: a real ignorance of things, a tale of imagination and a feeling of authority in front of curious crowds.

We have to start from a profound atheism in order to reach the idea of God. But the Cariba did not have to make anything precise. Because they had Guaraci.

The created object reacts like the Fallen Angel. Ever since, Moses has been wandering about. What is that to us?

Against the Indian de tocheiro. The Indian son of Mary, the godson of Catherine of Médicis and the son-in-law of Don Antonio de Mariz.

Happiness is the real proof.

Against Memory the source of habit. Renewed for personal experience.

We are concrete. We take account of ideas, we react, we burn people in the public squares. We suppress ideas and other kinds of paralysis. Through screenplays. To believe in our signs, to believe in our instruments and our stars.

Against Goethe, against the mother of the Gracos, and the Court of Don Juan VI.

Happiness is the real proof.

The struggle between what we might call the Uncreated and the Created – illustrated by the permanent contradiction of man and his taboo. Daily love and the capitalist modus vivendi. Cannibalism. Absorption of the sacred enemy. To transform him into a totem.

The human adventure. Earthly finality. However, only the pure elite manage to realize carnal cannibalism within, some sense of life, avoiding all the evils Freud identified, those religious evils. What yields nothing is a sublimation of the sexual instinct. It is a thermometric scale of cannibalist instinct. Once carnal, it turns elective and creates friendship. Affectivity, or love. Speculative, science. It deviates and transfers. We arrive at utter vilification. In base cannibalism, our baptized sins agglomerate – envy, usury, calumny, or murder. A plague from the so-called cultured and Christianized, it’s what we are acting against. Cannibals.

Against Anchieta singing the eleven thousand virgins in the land of Iracema – the patriarch João Ramalho the founder of São Paulo.

Our independence was never proclaimed. A typical phrase of Don Juan VI – My son, put this crown on your head, before some adventurer does it!

We expel the dynasty. We have to get rid of the Braganza spirit, the ordinations and snuff of Maria da Fonte.

Against social reality, dressed and oppressive, defined by Freud – in reality we are complex, we are crazy, we are prostitutes and without prisons of the Pindorama matriarchy.

Oswald de Andrade, in Piratininga, Year 374 of the Eating of Bishop Sardinha (2)

(1) “The New Moon, or the Lua Nova, blows in Everyman remembrances of me” in The Savages, by Couto Magalhães.

(2) The basis of Andrade’s date is the Tupi cannibalization of Bishop Pero Sardinha, who had shipwrecked in 1556 on Brazil’s northeast coast.

Tupi, or not tupi that is the question.

Contra a Memória fonte do costume. A experiência pessoal renovada.

When record companies view good music as a liability, artists have no choice but ...

Once Again Brazilians Reject a Vaccine, This Time Led by Their President

The world is eagerly awaiting the release of several Covid-19 vaccines, but Brazilian President ...

Brazil is celebrating the centenary of birth of Aparício Torelly who is better known ... 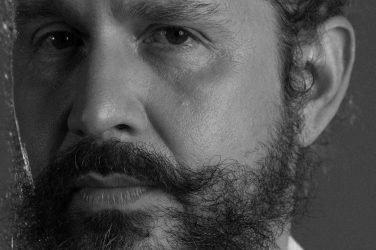 A Brazilian Award-Winning Movie and the Transformative Power of Love

An Interview with Director Aly Muritiba “When I decided to make this film in ...