The prosecutor’s request was motivated by allegations made by then-senator Delcídio do Amaral in his plea bargaining statement that Rousseff and Lula had vested interests in appointing Marcelo Navarro Ribeiro Dantas to the Superior Court of Justice (STJ) last year with the hope that he would help stall Operation Car Wash investigations and release contractor executives from jail.

Amaral said the move was aided by former minister Aloizio Mercadante and José Eduardo Cardozo, who was then Minister of Justice and was responsible for informally providing the President of the Republic with recommendations of Superior Court nominations.

In a statement, Lula’s lawyers said he has never interfered with Operation Car Wash investigations and does not object to any investigation as long as the right to a fair hearing is observed.

“If the Prosecutor-General wants to investigate the former president because of the contents of wiretapped conversations, he should also take action about the judge in charge of Operation Car Wash [Sérgio Moro] leaking these wiretaps because this was illegal,” his counsel wrote.

Through her press office, Dilma Rousseff maintained she has not done anything to interfere with Car Wash investigations.

“The press office for President Dilma Rousseff affirms that launching an investigation was an important step to clarify the facts and show that there have not been any attempts to obstruct the course of justice. Truth will prevail,” the statement read.

A statement from Mercadante denied he has tried to interfere with the investigation. “The Supreme Court’s decision to launch an investigation will be an opportunity to show that former minister Aloizio Mercadante’s action was one of solidarity and there were no attempts to obstruct justice or prevent then-senator Delcídio do Amaral from entering a plea bargaining deal,” the statement read.

The Office of the Presidency has formed an internal investigation commission to find out about gold and diamond ornaments found to be missing from the presidential sash.

The sash was found without the jewelry after it was reported that the inventory systems had been unable to locate it. The commission has up to 30 days, extendable by another 30, to complete the investigation.

Searches for the ornaments began in July, when auditors from the Federal Court of Audits (TCU) were ordered to inventory the presidential collection at the Presidency buildings and keep track of the circulation of assets between government buildings in the preceding years. The investigation records are confidential.

When the TCU personnel requested access to the Planalto and Alvorada presidential palaces, the Office of the Chief of Staff issued a report authorizing the property tracking efforts.

The presidential sash is worn by presidents of several countries in certain ceremonial circumstances. In Brazil, it is handed over to each new president in their inauguration ceremony at Planalto palace and is worn by them in their official portraits.

Senator Fátima Bezerra at a session on the Senate floor on August 16 read a letter from Brazil’s suspended President Dilma Rousseff to senators and the Brazilian people in which Rousseff appealed to senators not to unfairly convict her in the impeachment case and maintained her proposal for a referendum to let the Brazilian population decide if they want a new election.

The senator read the entire document to her colleagues who were present at the session and submitted it for the Senate record because of its “political soundness, clarity, and courage in upholding democracy”, she said.

According to Cássio Cunha Lima, leader of PSDB party in the Senate, however, Rousseff’s letter was untimely and does not have enough relevance to change the course of the impeachment case.

“It’s a politically weak, legally non-existent letter from a person who had every opportunity to dialogue with the Brazilian people and the National Congress. But she failed to do so and now she comes up with a completely pointless, untimely dialogue proposal. What Congress will do is move ahead with the [impeachment] proceedings and give her an exemplary punishment for her impeachable violations,” Senator Cunha Lima said.

As one of the main voices among Rousseff’s opponents, Senator Ronaldo Caiado said the letter shows Rousseff is “disconnected from Brazil’s reality” and is trying to evade her accountability for Brazil’s crisis.

“She deals with the crisis the country is experiencing as though she was not accountable for all that. It is also an insult to the Supreme Court, the Federal Court of Audits, and the National Congress which are merely doing their job,” Caiado said.

But the leader of the Workers’ Party (PT) in the Senate, Humberto Costa, extolled the importance of Rousseff’s letter. “We are focused on showing the senators that there have been no impeachable liabilities and therefore this impeachment proceeding turns out to be a disruption of Brazilian democracy.” In his opinion, the letter could help persuade senators who are still skeptical and reaffirm the convictions of the suspended president’s existing supporters. 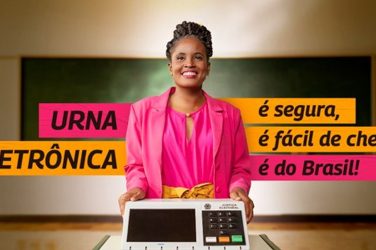 Against Austerity:  The Bolsonaro Clan’s Culture of Coups and Bid at Total Privatization

Within the past week and a half since Brazilians elected Luis Inácio “Lula” da ...