Lula, who also was in court last week on bribery-related accusations in connection with a different construction company, was also recently implicated in more than one scheme of the Odebrecht scandal, which could dampen his 2018 presidential bid.

Toledo, on the other hand, was ordered to pre-trial detention for allegedly receiving US$ 20 million in bribes from the construction behemoth, though he has been allegedly on the run since. Interpol issued a red-alert notice to 190 member countries in an attempt to capture him, but Toledo, who is likely in California, can’t be detained unless a US judge approves his capture.

Toledo has, however, communicated through social media affirming his innocence and declaring he is being persecuted for his anti-poverty ideologies by his “political enemies who do not believe in democracy, who believe they must take away the rights of the poor – the right to learn to fish.”

Odebrecht employees and representatives have admitted to bribing government officials and political parties across three continents, particularly Latin America, in schemes starting as early as 2001 to win public sector contracts.

However, what started as a country-wide investigation, dubbed Operation Car Wash (Operação Lava Jato) in Brazil, has turned into a tsunami engulfing Latin America with no signs of retreating in sight.

The biggest shock came in December when Odebrecht, together with Braskem, a Brazilian petrochemical company, pleaded guilty to bribery charges in the United States, paving the way for the largest anti-corruption settlement in history: the two companies agreed to pay a combined total penalty of at least US$ 3.5 billion to authorities in Brazil, the United States, and Switzerland.

As a result of the plea agreement, Odebrecht executives began to confess to bribery arising from the company’s contracts in fellow Latin American countries and evidence of the corruption cascaded down across the continent.

The scandal in Brazil in entering its fourth year of spotlight since investigations ended the company’s undetected corruption streak. Operation Car Wash has since unearthed evidence of US$ 349 million in bribes in the country and has partly contributed to the impeachment of former President Dilma Rousseff by garnering public support against her government.

Accusations also extend to Dilma’s vice president and now current president, Michel Temer, who could lose his mandate if the pair is convicted of accepting bribe money from Odebrecht and other construction firms to finance their 2014 campaign.

Dilma and Temer, political foes since the impeachment as his party was responsible for opening the proceedings, will face trial together scheduled to begin June 6, a process that could last a year before a verdict is reached. To heighten the political insecurity in Brazil, the three next men in line to succession have also been implicated in bribery allegations by an Odebrecht executive.

Next year’s elections may seem like an opportunity for a new beginning, but the growing number of accusations against high-profile politicians, especially those against Lula who remains a popular figure in Brazil and asserts he is illegitimately being targeted for political reasons, offers little solace.

Among other reasons, having Lula out of the race could further empower right-wing extremist Jair Bolsonaro, an evangelical known for his hate speeches against women, blacks, indigenous people, members of the LGBTQ community, and other minorities.

Odebrecht has confessed to paying US$ 98 million in bribes to Venezuela’s Hugo Chávez and his successor Nicolás Maduro over the last decade. If the allegations are true, Venezuela has received the most bribes from the construction group outside of Brazil.

Next on the list is Panama with US$ 59 million for which 17 executives and former officials have been charged while President Juan Carlos Varela has been accused.

Varela, who had been advocating for proposed charges to be filed, became implicated in February by one of the partners of Mossack Fonseca — the law firm at the center of last year’s Panama Papers scandal — who said Varela admitted to him he accepted bribes from Odebrecht, accusations Varela has denied. Peruvian authorities, similarly to Varela, had been taking aggressive measures to fight Odebrecht-related corruption involving US$ 30.4 million in bribes until their own names became implicated.

Toledo, as well as former President Alan García, are being investigated by Operation Car Wash while a third former president, Ollanta Humala, has been implicated by Marcelo Odebrecht himself, but he has not been named in the investigations.

In Guatemala, where US$ 18 million in bribes are estimated, investigators have cited ex-President Otto Pérez Molina, ex-Vice President Roxana Baldetti – both of whom are currently in prison for unrelated charges – and former Minister Alejandro Sinibaldi, who has been on the run since last year in connection with another investigation.

Similarly to the situation in Brazil, the accusations against Colombia’s Juan Manuel Santos could tarnish next year’s election, given that Santos’ political opponent, Oscar Iván Zuluaga, as well as businessmen, congressmen, ministers, and other high-profile politicians have become implicated in the investigations relating to suspected US$ 11 million in bribes in Colombia, leaving little untainted names on the table for the candidacy.

Trailing behind Venezuela’s hefty sum is the Dominican Republic with US$ 92 million in admitted bribes by Odebrecht, in which local company representatives have been cited. The bribery amount in Argentina is estimated at US$ 35.5 and incriminates a former minister, Julio de Vido, and the director of the Federal Intelligence Agency and a member of President Mauricio Macri’s inner circle, Gustavo Arribas. Both denied all accusations.

In Mexico, the amount cited totals US$ 10.5 million and incriminates Mexico’s state-run oil company, Pemex, though no names have been cited yet by investigators. Lastly, though bribe estimates for Ecuador reach US$ 33.5, investigations have moved slowly and no one has been accused. Investigation efficiency could improve as a result of the newly formed cooperative between Ecuador and Colombia to investigate Odebrecht-related crimes in both countries.

What Needs to Be Done

When US$ 787 million in bribes spanning 11 countries goes unnoticed for more than a decade, it points to a sequence of systematic deficiencies that allows for such corruption to flourish.

In response to the Odebrecht scandal, the secretariat of Transparency International issued five specific recommendations to help combat it, most of which focuses on increasing transparency and coordination between different task forces.

But a critical recommendation put forth by the watchdog group states that agents and companies accused of facilitating or funding corruption schemes, such as the Panamanian law firm Mossack Fonseca and Brazil’s National Development Bank (BNDES), should be sanctioned and the resources generated by fines and settlements should be used to fund corruption prevention programs, social accountability and educational outreach, similar to the Siemens Integrity Initiative established by the German company after its corruption and bribery scandal, an initiative that has yielded results.

On the positive side, prosecutors from ten Latin American countries plagued by the Odebrecht scandal signed earlier this year in Brazilian capital Brasília a joint cooperation agreement to investigate bribery schemes across the region, an initiative Transparency International has lauded.

The next immediate step is to put pressure on the Brazilian Congress to approve anticorruption measures prosecutors presented to Congress in 2015, policies that lawmakers continue to stall and that Transparency International deems “indispensable to avoid impunity and assure a positive outcome of these investigations.”

Whether authorities will listen to these policy recommendations is unclear, but investigations continue to unravel despite top-down barriers, which at least points to progress.

Manuella Libardi is a Master’s student of International Relations at the Barcelona Institute of International Studies (IBEI), from Brazil. She holds an undergraduate degree in journalism and English. 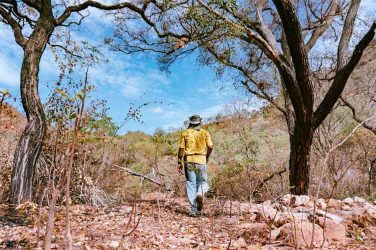 Brazil: The Shame of Being the World’s 7th Largest Economy

In the 19th century, Victor Hugo refused to shake hands with Pedro II, the ...

The economy of Brazil will likely be larger than that of Italy next year, ...

An Autopsy of the Corruption That Sapped Brazil’s Ruling Party

“Hear me, citizens of Brazil, senators, and deputies…” Thus commenced the televised coverage of ...

Presidential Elections: Will Brazil Be Condemned to Repeat Its Authoritarian Past?

For 21 years Brazil has experienced a brutal military dictatorship which lasted from 1964-1985. ...

Nobody Can Beat Lula in the Run for Brazil’s Presidency