Ten campesinos (nine men and one woman) were killed by Brazil’s military and civilian police. The massacre occurred on the Santa Lúcia farm in the municipality of Pau D’Arco, state of Pará, as part of an eviction order led by state forces.

According to the Pastoral Land Commission, CPT, the victims were members of the League of Poor Campesinos. Their identities have yet to be released.

Notícias UOL reported that the police said they were met with a barrage of gunfire as soon as they arrived at the farm. However, survivors, witnesses and victims’ family members contradicted these claims, stating that the police arrived on the scene shooting and made no attempt to inform anybody of a legal order.

Some stated that the deceased female had a bullet wound in her back.

MST released a statement indicating that the police action was ratified by judge Erichson Alves who, infringing upon the National Agrarian Ombudsman Code, ordered the military and civilian police to retake the farm.

Pará is the same state where Dorothy Stang, a U.S. born, Brazilian-naturalized nun was murdered by armed gunmen who were contracted by ranchers. For decades, Stang worked alongside and as an advocate for peasant farmers.

The latest massacre on the Santa Lucia farm occurred amidst an escalation of rural conflict and violence throughout Brazil.

This past April, ten more campesinos, including elders and young people, were murdered in an encampment situated in Colniza in the state of Mato Grosso. According to Mato Grosso’s Department of Public Safety, the massacre was committed by “hooded” gunmen.

The CPT informed that land conflicts are common in Mato Grosso, adding that police investigations usually indicate that corporate “farm owners in the region operate a network of henchmen who frighten campesinos and force them off their land.”

In response to this massacre and the ongoing struggle for a just agrarian reform program, MST youth joined in chorus during the National Fair of Agrarian Reform and sung, “It’s a time of war, it’s a time without sun.”

The intervention coincided with the launch of a manifesto that criticized the criminalization of social movements and against violence in the countryside.

The document also highlighted the relationship between the current Brazilian government led by President Michel Temer and attacks in the countryside.

Many observers emphasize that Temer’s rise to power was initiated and consecrated through a parliamentary coup against democratically-elected former President Dilma Rousseff.

Part of the manifesto read “the coup has liberated the most reactionary and violent forces of the latifundio and agribusiness class. The victims? The peasants, the natives, the quilombolas, and the workers in general.”

The Covid-19 pandemic and the measures put in place to mitigate it have exacerbated ... 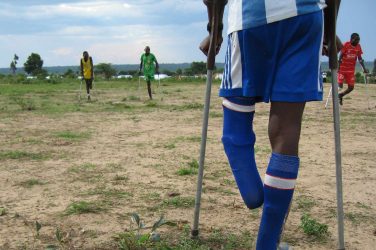