Unfortunately during the 20th century and now the 21st century Brazil and Latin America have only been a blip on the US governments radar screens. Only when there was a threat of a leftist takeover, a coup d’état or an earthquake did the  US State Department start to worry.

I read somewhere that when told about a brutal and corrupt dictator in South America, former President Franklin Delano Roosevelt (FDR) responded: “He is a son of a bitch but he is our son of a bitch.” Well that doesn’t work any more.

I saw Indians in the Amazon that had barely enough food to eat but had a TV set and received transmissions from Globo TV, the fourth largest TV network in the world. People might be poor and illiterate but they know what is going on in the world.

The Bush administration is deeply involved with the Middle East and the war in Iraq. Latin America is practically ignored by this government.

The international press continues saying that President Lula is a leftist. How funny. They confuse being from a working class family and being a former union leader with being leftist. People change, but the label remains. During his first term in office Lula appointed Henrique Meirelles, a former CEO of BankBoston, a strict monetarist and member of the opposition PSDB party as Central Bank president and later promoted him to Ministerial status.

Lula has followed a conservative economic policy. The highest interest rates in the world and a few palliative social programs. Brazil is the paradise for investors in the stock markets. Why invest in productive activities when you can earn a fortune overnight by investing in the financial markets. The result is more unemployment and a widening gap between the rich ad the poor.

Countless aristocrats and highfalutin intellectuals in Europe were members of the Communist party during the 20s and 30s, until they saw their socialist dreams crumble vis-à-vis the gulags, the terror, the genocide in the former Soviet Union.

The now deceased, world famous French philosopher Jean Paul Sartre was a member of the communist party, which he later left chastising the Soviet Union for having set up a brutal dictatorship.

Lula will continue to expand Brazil’s fuel ethanol program, biodiesel and H-Bio (diesel made from plants). And these alternative energies will make a splash in the international market, specially in Europe and Asia.

In March President George W. Bush is visiting Brazil and it is reported that one item on the agenda will be exporting fuel ethanol to the USA.

Now it is difficult to export Brazilian ethanol to the US. The American government subsidizes farmers despite the fact that ethanol in the US (made from corn) is more expensive to produce than Brazilian ethanol from sugar cane. In addition the US charges taxes on the importation of Brazilian ethanol.

Recent studies say that Brazil has the possibility of becoming the largest world power in alternative non-polluting energy just as Saudi Arabia is the largest exporter of petroleum.

During the next ten years  the plantation of sugar cane in Brazil is expected to yield 1.2 billion barrels of fuel ethanol per day. Petrobras has plans of becoming a fuel ethanol (or alcohol as said in Brazil) multinational. It already exports the product to Venezuela, Nigeria and Japan.

Petrobras brain CENPES in Rio de Janeiro, its world class R&D center is being physically increased a lot and pumped full of cash for further research and cooperation with their international peers.

Brazil is a very innovative country. Just give Brazilians the conditions and they create new technology, come out with new ideas etc. Cenpes will continue delighting the world with practical, economic technological innovations for ultra deep waters exploration and production.

Foreign organizations ignore Cenpes at your own expense! It’s no coincidence that Petrobras won the Offshore Technology Award (OTC) in Houston twice for excellence in deep water exploration and production. The OTC award is granted every year by dozens of international oil companies.

Oil in the Amazon: Brazil’s lightest oil is produced in the Amazon and there are millions of cubic meters of natural gas there. The problem of course is logistics. Difficult access, difficult transport of the products in and out of the region. But this is changing. Pipelines are being built, cities like Manaus, the capital of the Amazon state, are becoming major consumer centers.

Yes there is much corruption and disorganization in Brazil. But tell me a country where there isn’t? Corruption scandals with Enron, WorldCom and other companies led President Bush to pass an anti-corruption bill.

Hungarian leader said: “We lie in the morning, we lie in the afternoon and we lie at night.” The British government has been accused of exchanging cash donations to the ruling Labor party in exchange for a place in the House of Lords.

No country can hold the moral high ground.

I am amazed with the lack of basic knowledge of foreign cultures, economics and politics by many Western leaders. The Pope, hailed as a great theologian, making a speech that was interpreted by Muslims as offensive is sheer folly! And he is not alone in his ignorance. My hero, Albert Einstein once said, “there is only one disease that has no cure. Ignorance.”

Half jokingly, I told an American executive who had arrived recently in Brazil that “even Brazilian thieves had to work harder than thieves in the US.”  How so,” he asked astounded? Well, I responded, in America they rob dollars while here we have the Brazilian real which is not worth the paper it is printed on”..

An international study showed that Brazil ranked first among several countries polled where respondents said they preferred to own their own business than being employees. Unfortunately the bureaucracy to establish a small business  is so Kafkaesque, complex and taxes so high that most people become discouraged.

Brazilians certainly won’t engage in ethnic or religious violence. If you are a victim of violence it is because of someone’s greed, he wants your cash or property. The thug doesn’t care about your religion, color or nationality. Unlike the nazis who murdered Jews, physically or mentally disabled people and gypsies, Brazilian thugs are “democratic.” Anyone is fair game, as long as they have cash. No prejudice against anyone. Just cash.

No one in Brazil is going to blow himself up in the name of a “holy” war. Brazilians come from a Judeo Christian background and the fear of death is deeply instilled by belief in God just as in most Western societies.

Peter Howard Wertheim is a veteran international journalist specializing in covering South America’s petroleum and power sectors. He is based in Rio de Janeiro, Brazil, and is fluent in English, Portuguese and Spanish. Comments welcome at  peterhw@frionline.com.br or peterhw@netflash.com.br. 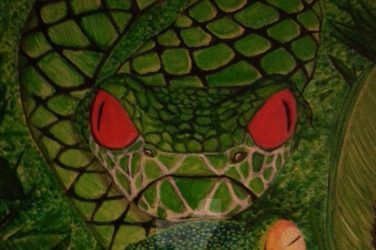 Brazil’s president faces criminal charges and 2% approval rating – but here’s how he ...

Qatar’s Generation Amazing Reaches Out to Poor Kids in Rio

Believe It or Not, Brazil’s Second in Line for Presidency Is a Communist

Master Gilberto Freire  was absolutely right when he remarked that Brazil was the country ... 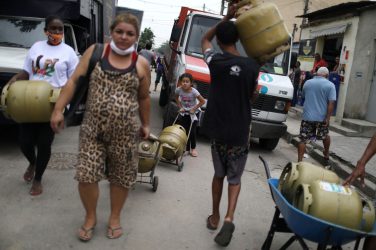