Donald Trump and his wife Melania have tested positive for Covid-19 and are now in quarantine, throwing the US 2020 election campaign into disarray.

The American president’s infection with coronavirus follows those of the UK prime minister, Boris Johnson, and Brazilian president, Jair Bolsonaro.

While Johnson was seriously ill and spent two weeks in hospital in April, Bolsonaro had a milder case of the disease in July. Two experts on British and Brazilian politics assess what impact catching Covid-19 had on the two leaders.

The news of Donald Trump’s positive test for Covid-19 is being closely watched in Brazil. When Jair Bolsonaro tested positive in July, it entrenched views of Brazil’s controversial president.

For Bolsonaro himself, as well as his diehard base of about one-third of the Brazilian electorate, it confirmed what he had always said, that he would not be severely affected by what he called a “little flu”, because of his past experience as an athlete.

For those Brazilians who abhorred the president’s attitude towards Covid-19, including his insistence that only the elderly and infirm should participate in the lockdowns, and his attacks on governors who imposed broader measures, Bolsonaro’s positive test confirmed what they already felt: that Bolsonaro was ignoring science and common sense.

Many felt that it was entirely predictable, given his penchant for mingling with supporters without a mask, that he would catch the disease.

It appears Bolsonaro had a mild case of coronavirus, though he did say after emerging from 20 days of self-isolation that he had “mould on his lungs”.

Since July, Bolsonaro has gone through something of a transformation. He has largely stopped attacking other branches of government, including the Supreme Court and the Congress.

Perhaps more crucially, he also consented to paying an emergency income supplement to the poor of 600 reais (US$ 106) per month. The income support now reaches 65 million beneficiaries, or more than 30% of the population of roughly 210 million people.

The Bolsonaro administration has proposed to continue it – at half of its previous value – through to the end of December.

This support may have played a role, although not the only role, in a significant improvement in the president’s approval ratings. In a CNI/Ibope poll of 2,000 voters conducted on September 17-20, Bolsonaro received an approval rating of 40%, the highest since his presidency began in January 2019.

So perhaps the lesson to draw from this is that there is political life after getting coronavirus, at least for Bolsonaro.

Meanwhile, Brazil will hold municipal elections on November 15 and 29 – but Bolsonaro currently has no political party. He fell out with other leaders of the Social Liberal Party, the organization with which he campaigned for the presidency in 2018, and left the party in November 2019.

His attempt to create a new party was unsuccessful. The municipal elections therefore could see the coming to power of critics of his administration in some of Brazil’s major cities. This makes November a decisive month for the Trump-Bolsonaro alliance.

Timing is everything in politics. A crisis can turn into a triumph, and a hero into a zero in the blink of an eye. With the presidential election just a month away, some insight into the consequences for Donald Trump of testing positive for Covid-19 might be gained from Boris Johnson’s brush with the virus.

First and foremost, it’s possible that in the short-term at least Trump might enjoy an upturn in his polling as a “rally around the flag” effect sees the public uniting around the office of president in a period of uncertainty.

It’s unclear whether Trump’s illness will register with the public psyche with quite the same impact as an institutional crisis, natural disaster or war.

But if Johnson’s experience is anything to go by (and that is a very big if) then a “Trump tick” is possible. As data from YouGov demonstrates, Johnson’s move to intensive care in April seemed to provide some salve to his detractors and his personal approval ratings spiked. But a surge in support for the government itself had actually begun a few days before Johnson announced he had tested positive.

The second insight is that if the “Boris bounce” is anything to go by then an uptick for Trump in the polls will be short-lived. The rallying effect could slip into something of a dramatic downturn as the public begins to wonder if their leader is up to the job, or may even be hampered by the nagging fatigue of “long Covid”. This seems to have occurred with Johnson, as even those around him concede that he appears to have lost his bounce.

Johnson’s very sudden and dramatic decline from the virus might make Trump’s team think twice about the current “business as usual” approach from within the confines of the White House.

The third insight is that it might, just might, make Trump a slightly humbler character. Trump has responded to the pandemic in a fairly relaxed manner, bordering on dismissive contempt. His comments about injecting bleach as a potential cure were symptomatic of a president who seemed out of touch, and to some out of his mind.

At least in the short-term, Johnson emerged from his illness with a new found zeal for keeping fit and losing weight. The site of the prime minister doing press-ups in his office was matched by a flotilla of new government-backed healthy eating and exercise campaigns.

But overall, Johnson has not really bounced back from having Covid-19, and neither have his approval ratings or the British public’s confidence in his government’s ability to manage the pandemic. Politically, however, there is much less at stake for Johnson than Trump, with the next UK election not due until 2024.

Matthew Flinders is the founding director of the Sir Bernard Crick Center for the Public Understanding of Politics, University of Sheffield

This article was originally published in The Conversation. Read the original article here: https://theconversation.com/donald-trump-gets-coronavirus-what-catching-covid-19-meant-for-boris-johnson-and-jair-bolsonaro-147379

Meet President Hopeful Jair Bolsonaro. Brazilians Might Soon Have Their Own Trump

The Brazilian body politic is bruised and battered. President Michel Temer is crippled from ...

There will be no Carnaval street parties in Rio de Janeiro next year. The ... 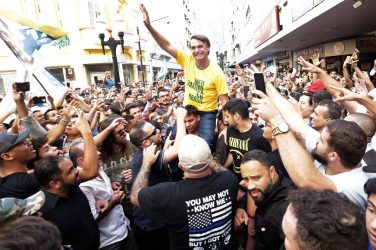 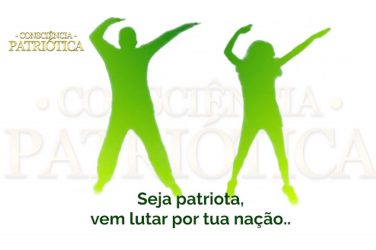 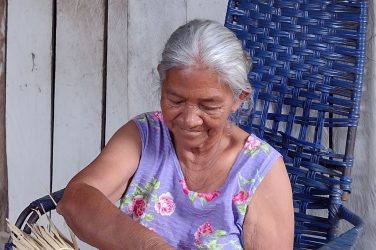 ‘Doctors Have Science, We Have Wisdom,” Says Midwife Defending Her Work Inside the Amazon

The community of Deus é Pai (“God is our Father”) sits by the Tefé ...