With a few hours left until her impeachment trial begins in the Brazilian Senate on Thursday, August 25, Brazil’s suspended president, Dilma Rousseff, was at a Meeting for Rights and Against the Coup on Tuesday, August 23, at Casa de Portugal in downtown São Paulo.

Her message was: “Let’s all resist together. I begin with this word, which is a strong fighting word: we will resist.”

The president extolled how social movements, progressive political parties, society, artists, and women rallied together in a big resistance front. “A movement that has created a front in the purest sense of democracy. This was perhaps our biggest victory,” Rousseff said.

She went on, “One of the things we have learned from all these events is, we can’t take democracy for granted. Democracy is a hard-won achievement and we should always be careful to protect what we’ve gained.”

Rousseff said another achievement of these groups was recognizing that what was happening was a coup. “Why is it a coup? Because it’s the use of an instrument that’s indeed in the Constitution — impeachment — but it’s unfounded because there have been no impeachable offenses.”

“You can be sure that this is a process we are all perfectly able to take on and overcome. But we must rally to it. I have been a fighter all my life, I have fought torture, I have fought cancer, and I will fight all injustice,” the suspended president concluded.

Brazil’s Senate submitted a letter to the Organization of American States (OAS) late on Monday, August 22, regarding the ongoing impeachment proceedings against Brazil’s president Dilma Rousseff.

The document signed by the Senate Counsel Alberto Cascais is a reply to an OAS request for information prompted by complaints by the Workers’ Party (PT) that the impeachment case was an institutional coup.

It describes the steps followed in the proceedings since the case moved ahead to Senate upon the Chamber of Deputies’ vote to accept the charges against Rousseff.

Also covered were details on the special committee set up to gather evidence, the laws followed, and the guidelines adopted under the direction of the Supreme Court.

The Senate attorney pointed out that Rousseff was officially notified when the Senate suspended her from office to prosecute the case and initiate the evidence gathering stage, and Chief Supreme Court Justice Ricardo Lewandowski began to preside over the case.

At this second stage, according to Alberto Cascais, “the constitutional rules were also strictly observed, objections raised, and appeals to the Supreme Court were accepted.” He pointed out that all steps of the proceedings are available on the Senate website for public scrutiny.

After giving an account of the daily activities of the Impeachment Procedural Committee, describing the witness hearings, expert examination, and documents appended to the case as requested by the parties, including Rousseff’s defense, Cascais concluded by saying the proceedings adhered to all applicable legal provisions.

“The constitutional, legal, and regulatory provisions that govern the impeachment proceedings have been observed, and there has been no illegal or unconstitutional conduct in the Senate’s actions under the authority conferred on it by the 1988 Constitution of the Federative Republic of Brazil through its senators legally elected by the people,” the report concluded.

The document was also signed by Fernando Cesar Cunha, head of the Advisory and Expert Study Group of the Senate, and addressed, as requested by Senate President Renan Calheiros, to the Executive Secretary of the OAS’s Inter-American Commission on Human Rights, Mario López Garelli.

Rodrigo Maia, Speaker of the Chamber of Deputies, had sent a similar letter to the OAS via the Foreign Ministry earlier, providing an account of the proceedings to examine and accept the impeachment charges at the lower house.

The Superior Electoral Court (TSE in Portuguese) received a report on an accounting probe conducted as one of the efforts to invalidate the ticket of suspended president Dilma Rousseff and vice-president, currently acting head of state, Michel Temer.

The moves were submitted for scrutiny to the TSE by the Brazilian Social Democracy Party (PSDB), of which Senator Aécio Neves, a former presidential hopeful defeated in the 2014 elections, is a member. The party claims fiscal wrongdoing can be found in the 2014 campaign, linked to donations from construction companies under investigation as part of Operation Car Wash.

According to information from the court, experts found that three companies — Rede Seg, VTPB, and Focal — failed to produce the documents necessary to attest to all services provided for the electoral campaign. The TSE did not disclose which services could be documented and which could not.

The report also revealed that one of the firms, Editora Gráfica Atitude, was not hired by Rousseff and Temer’s ticket. 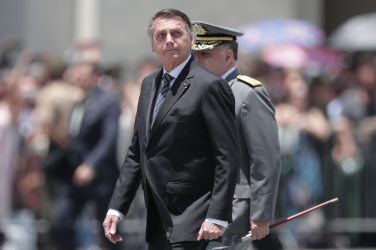