Soccer legend Cafu yesterday compared Qatar’s use of football to improve the lives of disadvantaged children as part of the legacy of the 2022 World Cup with his own work in Brazil.

The 47-year-old defender, the most capped Brazilian player ever, likened the tiny Gulf state’s global project, Generation Amazing, with the Cafu Foundation, which he set up in Jardim Irene, in his home town of São Paulo.

The two times World Cup winner said: “Sport in general, and football in particular, play a major role in achieving social inclusion, and Generation Amazing, like my own foundation, is aiming to achieve this through special projects.

“We want to reduce social and economic disparity among children and provide new opportunities for young people to have a better life through football”.

He also played for São Paulo, Roma and AC Milan at club level.

Talking about the need to give something back to the country where you came from he said: “It is most important to give back to your neighborhood, country or region through football. As a professional footballer I was away for many years but I established the Cafu Foundation after my retirement to give children new opportunities.”

Generation Amazing, which hopes to benefit a million people by 2022, is being spearheaded by another former World Cup winner, Spain’s Xavi Hernandez.

The 38-year-old played for Barcelona for 17 years from 1998, winning eight La Liga titles and four Champions League crowns, while claiming the World Cup with Spain in 2010.

He said: “The Generation Amazing motto would be similar to Johan Cruyff’s motto: ‘If you have the chance to help someone, you should’.

“I have seen first-hand what football can achieve in communities in Qatar and across the region. Football has the power to unite people, dispel stereotypes and break down social barriers.”

Earlier this month Doha announced it was expanding its promotion of soccer at grassroots level into four new countries.

Kuwait, Oman, India and The Philippines have been picked in the second wave of countries to benefit.

Already more than 33,000 people in some of the most poverty-stricken parts of the world in Syria, Lebanon, Jordan, Nepal and Pakistan have benefited from the initiative.

Football pitches such as the one built at the Al Baqa’a refugee camp in Jordan have been used for training courses organized for young people living there.

For ‘Generation Amazing’, Qatar has teamed up with streetfootballworld, a global non-governmental organization that seeks “to improve the lives of marginalized young people by using sport – and football in particular”.

One refugee at Al Baqa’a said: “It was the best experience I ever had. I love football and my teammates. We take the games very seriously, but it doesn’t matter who wins or loses. Just that everyone plays and has fun. I dream of becoming the best footballer in the world”.

A ‘Generation Amazing’ spokesman said: “Every training session we deliver is based around football – to instantly engage people and fix the principles being taught in their minds. Our ambassadors also help to attract interest, with sporting personalities supplying star power and local ambassadors forming a link between us and those benefiting from the training.

“By doing so, these community spaces offer disenfranchised communities a platform for positive development, emphasizing the power of football and utilizing it as a tool for social development”.

Cafu said: “It is marvelous to witness the wonderful transformation of the country through the ongoing mega projects related to the 2022 FIFA World Cup. I am confident the tournament will be an impressive experience for players and fans”.

Anthony Harwood is a former foreign editor of the Daily Mail.

Brazilian authorities have taken the first step towards providing basic sanitation to more than ... 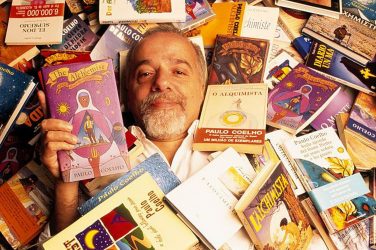 The books of Paulo Coelho, the world’s most successful contemporary Brazilian author, are not ...

Brazil Uses Sports to Promote Changes in the Country

The Brazilian Navy is a step closer to having a nuclear-powered submarine. The Riachuelo, ...