To the south of the Amazon basin lies a huge savannah known as the Cerrado. Once a mix of grassland and forest, much of the Cerrado has now been transformed into the vast soy farms and cattle ranches that have made Brazil an agricultural superpower.

There is also plenty of untouched land – but protecting it requires a new approach to deforestation.

Recently, 23 major food companies signed up to the “Cerrado Manifesto” which calls for urgent action to ensure “soy and beef supply chains do not contribute to deforestation”.

The logic is that by signing the declaration companies are sending a clear signal to the market: consumers want products that aren’t the result of deforestation – and demand for soy and beef can be met by existing crop and pasture land.

In theory, this will weaken the case for converting further natural vegetation to agriculture – but if only it was that simple.

Some reports have suggested that deforestation in the region is on the rise due to the success of conservation policies that have “pushed” agricultural companies out of the Amazon.

In reality the Cerrado was largely transformed to agricultural monocultures decades ago. When food companies signed the Amazon Soy Moratorium in 2006, they were already sourcing it from the Cerrado.

From Savannah to Soy

Ranchers first settled on the native grasslands in the early 20th century and grazed cattle at low densities. This may have spared the vegetation by mimicking the grazing habits of native animals, many of which were decimated by hunters.

In the 1950s the new national capital, Brasilia, was built in the heart of the Cerrado and linked to the “powerhouse” states of São Paulo, Rio and Minas by new highways. At the same time Brazil’s mining and steel industries expanded and Cerrado forests provided a ready source of timber needed for fuel.

During the 1960s, heavy investment in agricultural research succeeded in developing soy and cotton cultivars that could grow on the acidic Cerrado soils. Over the following decades, land was consolidated into large-scale monocultures.

By early 2002 farming had reached the limits of the savannah: at least 50% and perhaps as much of 70% of this vast area had been converted to agriculture.

In contrast deforestation in the Amazon really took off much later, during the mid-1990s. By the time the world started to care about the Amazon, much of the Cerrado had already been lost.

Saving the Last of the Cerrado

One remaining area of native vegetation is large enough to merit serious conservation action. This is a mosaic of grasslands, groves and veredas – a type of oasis found nowhere else – in the Matopiba region towards the northern end of the Cerrado.

The manifesto calls for the Brazilian government to create more protected areas and to strengthen the “Forest Code”. The code is legislation which says private land owners can only “convert” up to 80% of their natural vegetation – the rest must be left untouched.

It therefore does protect some land, but can also be interpreted as legalizing deforestation. In the Amazon, a 2002 change reduced the proportion of land available for deforestation down to just 20%, and the manifesto signatories are calling for similar action in the Cerrado.

But things in the Amazon are very different. In the 1960s most land there lacked legal title and Brazil’s military government brought them under federal ownership. Subsequent redistribution has been slow and limited, enabling the creation of large protected areas and making the forest code restriction less costly to implement.

In the Cerrado everything is in private ownership. The Brazilian economy is too weak for the government to buy up lands with agricultural value – especially when demand for soy remains high – which leaves it with fewer powers.

Decreasing the forest code’s 80% allowance may not be political feasible. This is because when the code was changed in the Amazon, angry and worried landowners then organized themselves politically into the powerful “ruralista” movement. Government meddling in the Cerrado risks inflaming calls to roll back environmental protections.

Perhaps a billionaire conservation angel will appear, one who is willing to buy high-value land and return it to nature. More realistically, the best hope is for state and local governments to make effective use of their powers to zone agriculture and implement the forest code.

Food companies need to switch from “opting out” of deforestation to “opting in” to landscape restoration. It’s hard to truly opt out of deforestation as agricultural commodities are repeatedly aggregated, processed and aggregated again which makes them harder to trace.

Setting up “certified supply chains” is also complex and costly – it’s much simpler and cheaper for companies to instead opt to buy (or not buy) from a certain region.

In the Amazon, where forests are vast and agriculture relatively recent, these sort of pledges not to farm a certain area made sense. In the Cerrado an opt-in restoration pledge is required.

Initiatives to restore degraded lands to a a mix of agriculture and natural vegetation are gaining momentum. For example Brazil now has a goal to restore 220,000 km² of degraded land, linked to its commitments under the Paris climate agreement.

Companies could commit to only using food produced in regions of the Cerrado that are part of this restoration process.

Corporate commitments to avoid deforestation are hailed by the media, NGOs and the corporations themselves. The hard reality is that real conservation happens in the offices of local government and local businesses rather than in corporate boardrooms.

If these companies want to play their part they need to engage in solving challenges rather than avoiding them.

Sergio Henrique Collaco de Carvalho is DPhil Student in Geography and the Environment, University of Oxford

This article was originally published in The Conversation. Read the original article here: https://theconversation.com/brazils-cerrado-forests-wont-be-saved-by-corporate-pledges-on-deforestation-87130 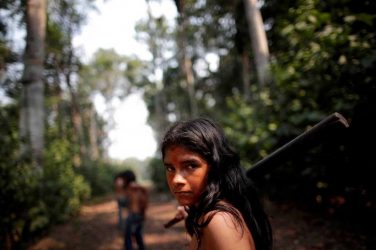 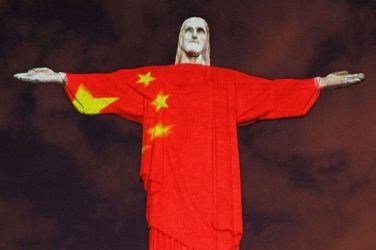 Nobody Can Compete with the Chinese in Brazil and Latin America. EU Trying to Catch Up

The Brazilian community of Joinville should have presented German businesses with something of a ... 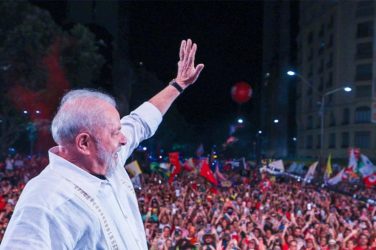 IMF Is Bullish on Brazil Again

The International Monetary Fund (IMF) is projecting that Brazil will surpass Italy next year ...