A massive fire raced through Brazil’s 200-year-old National Museum in Rio de Janeiro on Sunday, destroying its collection of more than 20 million items, ranging from archeological finds to historical memorabilia.

The destruction of the building, once a palace for emperors that had fallen into disrepair, was an “incalculable loss for Brazil,” President Michel Temer said in a statement.

“Two hundred years of work, research and knowledge were lost.”

There was no word of the possible cause, nor if there were casualties or the exact extent of damage. Live television broadcast images of the fire, which began after the end of visiting hours at 5 p.m., burning out of control throughout the building late into the night.

The museum, which is tied to the Rio de Janeiro federal university and the education ministry, was founded in 1818. It housed several landmark collections, including Egyptian artifacts and the oldest human fossil found in Brazil.

The museum had suffered from years of neglect under numerous governments, the institution’s vice-director told Globo TV network on Sunday night.

“We never got anything from the federal government,” said the official, Luiz Duarte. “We recently finalized an agreement with (state-run development bank) BNDES for a massive investment, so that we could finally restore the palace and, ironically, we had planned on a new fire prevention system.”

In a statement posted on its website in June, BNDES agreed to financing of 21.7 million reais (US$ 5.35 million) to “physically restore the historic building” and also to carry out work to “guarantee more security to its collections.”

According to media reports, the fire engulfed the entire central building and firefighters dispatched to the scene desperately battled the raging flames while having to deal lack of water to fight the fire.

The scientific institution is one of the largest museums of natural history and anthropology in Latin America. Founded by King John VI of Portugal, the museum hosted a vast collection encompassing the most important records regarding Brazil’s natural history and invaluable items produced by ancient civilizations throughout the world.

According to the Globo TV Broadcaster, there was no immediate information on potential deaths or injuries. The National Museum’s press service told local reporters that no one was injured and four security staffers had been evacuated in time. However, eyewitnesses claim there can be no chance to rescue many pieces of the priceless collection.

Tod Swanson, Associate Professor of Religious Studies at Arizona State University who specializes in religious traditions and language in the Amazon said of the fire on Facebook: “History is in the land and in the people but a major repository of Amazonian history and archives burning to the ground tonight.”

Brazil’s Portuguese museum burned down in 2015 as well as a historical building within the Federal University of Rio de Janeiro which, built in 1841. Many Brazilians are posting under the hashtag, #lutopelomuseunacional (mourning for the national museum) to express their sadness and outrage regarding the major incident. 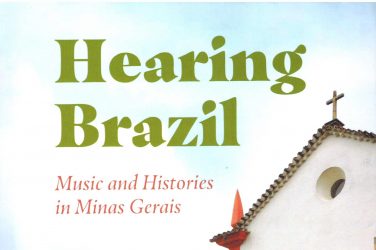 If you go to Minas Gerais, listen to the music. At first, you’ll probably ...

The Cantora: A Historical Novel About Brazil in the Early 1500s

The Cantora (The Native Singer of Colonial Brazil) is both a young adult and ...

More than 40 Lives Lost After Two Boats Sink in Brazil

Two separate boats that capsized in Brazil have led to the deaths of at ... 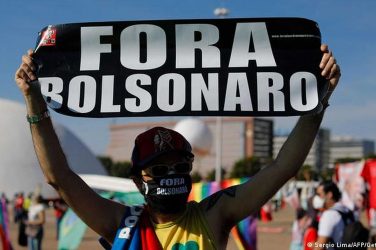