type in your search and press enter
After hours of chaos, Brazilian police have retaken the National Congress building after pro-Bolsonaro protesters stormed the building. Police took hourss clearing rioters from the Supreme Court headquarters and Planalto presidential palace.

Brazil’s Chief Justice Rosa Weber on Sunday said the country’s Supreme Court will work to ensure that “terrorists” were made an “example” of.

Supporters of the former president refuse to accept that the populist autocrat lost his bid for reelection, claiming the election was stolen. Hardcore supporters have even openly called for a military coup in order to put him back in charge, with some seeking to sow chaos through vandalism and violent attacks in hopes of triggering a military response.

Footage shared on social media showed hundreds of people pouring into the National Congress building. The protesters were met with police tear gas.

A Brasilia-based reporter shared a video on Twitter purportedly showing the protesters storm the building.

Another journalist shared a video purportedly showing the protesters as they tried to break the windows of the National Congress building.

The group crossed a police barrier and climbed the ramp that gives access to the roof of the Chamber of Deputies and Senate buildings.

The protesters attempted to enter the Planalto Palace, which serves as the seat of government, news agency LUSA reported. Videos on social media appeared to show them inside the palace.

Other footage purportedly showed them gain access to the nearby Supreme Court.

Lula has condemned the invasion of Brazil’s seat of power and vowed to hold those responsible accountable. “We will find out who these vandals are, and they will be brought down with the full force of the law,” Lula said from the southeastern city of Araraquara, while on a visit to the flood-hit region.

Lula has signed a decree declaring a federal intervention in Brasilia, which grants government special powers to restore law and order in the capital.

The president of the Senate, Rodrigo Pacheco, said police were focused on containing the situation.

In a post on Twitter, he said he “vehemently repudiates” the “anti-democratic acts” and called for a judicial response.

Brazilian Justice Minister Flavio Dino also condemned the mobs on Twitter, stressing that their attempts to impose their will by force “will not prevail.”

Dino said that he was at the Ministry of Justice headquarters.

The Brazilian attorney general said in a statement on Sunday that he was following the events with “concern.” He added that a criminal investigation has been opened to hold to account those responsible.

Since the October 30 elections, in which Lula defeated Bolsonaro, hundreds of people have been camped out in front of the army headquarters in Brasilia.

US National Security Adviser Jake Sullivan on Sunday condemned the scenes unfolding in Brasilia and said the situation was being watched closely.

“The United States condemns any effort to undermine democracy in Brazil. President Biden is following the situation closely and our support for Brazil’s democratic institutions is unwavering,” Sullivan tweeted.

In Mexico, President Andres Manuel Lopez Obrador took to Twitter to denounce what he called a “reprehensible and anti-democratic coup attempt by conservatives in Brazil, incited by the leaders of oligarchic power, its spokespersons and fanatics.”

While French President Emmanuel Macron tweeted: “The will of the Brazilian people and the democratic institutions must be respected! President @LulaOficial can count on France’s unwavering support.”

Argentine President Alberto Fernandez called for unity in the region and offered his support to Lula.

“I want to express my repudiation of what is happening in Brasilia. My unconditional support and that of the Argentine people to @LulaOficial in the face of this coup attempt he is facing,” Fernandez wrote on Twitter.

How To Build Your First Dab Rig Starter Kit 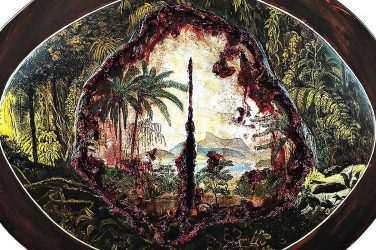