Brazil is divided and the chasm between Lula supporters and opponents is deep. The Federal Supreme Court’s decision to uphold an arrest warrant for former President Luiz Inácio Lula da Silva has only worsened the situation.

Evidence against the ex-president – who once enjoyed respect at home and abroad – weighs heavy: His various and ominous connections to the Odebrecht construction company are well-documented. Still, the court’s decision raises a major concern about where Brazilian society is heading.

Less than half a year ahead of Brazil’s presidential election, all indications suggest the country is irreversibly drifting towards chaos.

The fact that Lula – a man with a criminal record – wants to run in October and that he leads opinion polls, however, is not the only reason to worry.

The latest court decision will likely knock Lula out of the race. It is highly unlikely that he can successfully weave his path through the country’s court system all the way to the immunity of the presidency.

But that inability will only anger and frustrate his many followers. They see Lula as the victim of a political conspiracy.

The tense atmosphere that exists between Lula supporters and opponents is becoming more explosive by the day. The shots fired at Lula’s motorcade in late March are just one example of this.

The sad fact that the never-ending violence plaguing Brazil’s major cities reached a high point in Rio de Janeiro this March only adds to the problem.

The March 14 murder of Marielle Franco, an activist and local politician, has once again given many Brazilians reason to fear for their security – especially the country’s poor.

The fact that such a murder can go unpunished has only added fuel to the fire of citizens’ mistrust of public institutions.

The solution for many of Brazil’s frustrated voters is not exactly comforting: According to opinion polls on the field of likely presidential candidates, the second most popular candidate at the moment is far-right politician Jair Bolsonaro.

He is a defender of Brazil’s military dictatorship during the years 1964 to 1985 and has called for reinstating the death penalty.

Brazilian voters seldom vote for extremes, whether left or right. Nevertheless, the comprehensive investigation of the country’s massive, multi-billion-dollar corruption scandal – known as Operation Lava Jato (Car Wash) – has done irreparable damage to the reputation of traditional Brazilian politicians and their parties.

That has left the door wide open for populists. The fact that a hardliner like Jair Bolsonaro can no longer be discounted is not a good sign.

What kind of country will Brazil be in six months? Who will the largest population in South America choose to lead its government?

In the past, candidates with the best chances of success were relatively predictable. The country was also more politically, economically and socially stable. In 2018, Brazil is a country of uncertainties. 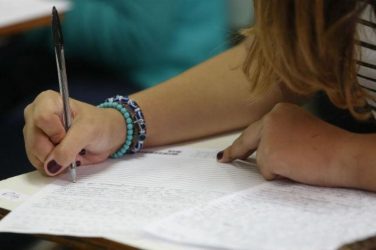 Despite Challenges, Brazil Strives for Success in Its Education Goals

Perhaps nothing better characterizes the recent trend in the Brazilian education system than Bolsonaro’s ...